Radical clerics have been using social media, especially Facebook, to try and increase support for the extremist-marked war in Syria, which is “considered the most socially-mediated conflict in history,” a new report says.

For the past year, a team from the International Center for the Study of Radicalization and Political Violence (ICSR) has been looking how social media has played a role in leading to increasing numbers of foreign militants from Western Europe and Australia who have decided to go to Syria and join the foreign-charged war which has been ripping Syria apart for three years.

The report found by sifting through and analyzing tweets and Facebook posts from 190 profiles, two clerics had proved to be particularly influential.

Ahmad Musa Jibril, who is from America and is followed on Twitter by 60 percent of foreign militants in Syria, and Australian Musa Cerantonio have managed to gain large followings after speaking about the conflict in Syria.

“There is no evidence to suggest that either of them are physically involved in facilitating the flow of foreign fighters to Syria, but the data shows they have become important sources of religious and political support and motivation,” the report states.

They have had success due to their ability to target new audiences, with their posts in English, rather than in Arabic.

They have been able to become figureheads for Western-born militants looking for guidance and inspiration.

Previously, sympathizers tended to use official web pages from radical organizations as their sources of information.

They are now able to see the latest from the battlefield in instantly, as well as being given links to new videos, photographs and official statements.

Of course radical followers have had access to information supporting a cause in the past. In the mid-1990s, videotapes from Bosnia and Chechnya were distributed. However, it took time for the tapes to be distributed and access to the latest information was difficult.

Twitter and Facebook have also been influential as it has allowed supporters to interact with the preachers.

Ahmad Musa Jibril has 145,000 ‘likes’ on his Facebook fan page and spends considerable time interacting with his followers.

The report stated how a number of British militants from the al-Qaeda-linked Islamic State of Iraq and Levant had mentioned how they had watched Jibril’s lecture series online before embarking on war.

Many preachers may have been influenced by Younis Tsouli, according to the report.

He became a prominent online activist during the Iraq War. He would distribute footage, before redistributing it on forums, all from his flat in London.

According to the ICSR, Twitter has allowed radicals much greater freedom of expression. Previously sympathizers would have to resort to using internet forums to discuss their beliefs and could be blocked if their views were deemed too radical. However, Twitter has helped to break down these barriers and they are able to engage in completely unregulated conversations wherever they please.

Just last week, Britain’s MI5 said, “Radicalized UK citizens returning from Syria are the biggest threat to national security,” which could lead them to carry out attacks on home soil.

Last year, the director-general of the MI5, Andrew Parker, told Parliament that the Syrian conflict has become a magnet for British nationals looking to engage in holy war, many of whom come into contact with Al-Qaeda-linked groups.

Security services in the UK are continuing to monitor around 250 radicals who have returned home from Syria and the impact that social media is having on attracting new supporters and fighters will only help to increase their fears. 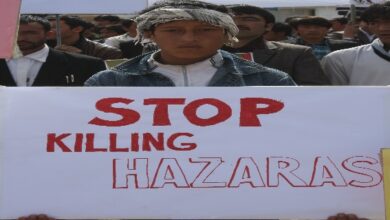 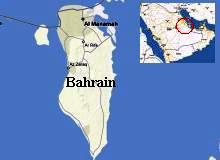