The Malaysian Human Rights Commission, or Suhakam, has called for a dialogue between the country’s Sunni Muslims and Shia Muslims.

Suhakam chairman Tan Sri Hasmy Agam, saying the Federal Constitution provided for freedom of different communities to practise their faith, called for such a freedom to be extended to other denominations within Islam.
It is relevant to add here that Shia Muslims are denied their constitutional rights due to a venomous propaganda and attacks by the Zionists-backed Saudis-hired Wahhabi fanatics in Malaysia.

“If other Muslim countries can have Shias and Sunnis living side by side, why can’t Malaysia?” asked Hasmy, adding that the sensitive issue could still be solved through dialogue.

Hasmy said despite followers of two schools involved in violent conflicts elsewhere, both groups should work out their differences through dialogue.

Shiaism is the second largest denomination of Islam, and according to Washington-based Pew Research Center, its adherents make up 10% to 20% of the global Muslim population, now estimated to be at 1.6 billion.

Despite their small number in Malaysia, Shia Muslims have been targeted by local Islamic authorities. The move is ironic, as Malaysia has good relations with Iran, a predominantly Shia Muslim nation.

Hasmy’s call, which was made during an event to mark Human Rights Day yesterday, followed months of belligerent talk by political parties, Muslim groups and government agencies against local Shia Muslims who they said posed a “threat” to Sunni Islam.

Last week, during the Umno general assembly, party leaders took turns in calling for a clampdown on Shia Muslims.

Other local Muslim groups have called for the same treatment towards Shias, although they said the denomination should not be recognised as a branch of Islam in Malaysia.

This is despite the 57-member Organisation of Muslim Cooperation’s stand in support of good relations between Sunnis and Shias.

Hasmy meanwhile said the country’s quest for a developed nation status by Vision 2020 can only be realised if “hold ourselves to a higher standard of behaviour when it comes to dealing with religious differences”.

“I do not want to create controversy but I believe that there should be greater understanding and dialogue. We can agree to disagree and that is healthy,” Hasmy told The Malaysian Insider after a panel discussion titled “The Road to 2020: Human Rights and Development” at the Parkroyal Hotel in Kuala Lumpur, yesterday. – December 11, 2013. 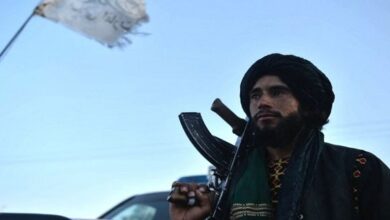