Heavy fighting is underway in the Afghan provincial capital of Ghazni following an attack by Taliban militants, with gunfire and blasts ringing out across the city and residents told to stay indoors.

Officials and witnesses said Friday the heavily-armed militants had gained control of parts of the city center, from where they were shelling houses and business areas.

Ghazni in central Afghanistan is a strategic city straddling the main route between the capital Kabul and southern Afghanistan. Clashes started overnight, forcing authorities to close the highway linking it to Kabul, 150 km to the northeast.

The Taliban issued a statement claiming to have captured most of government buildings and that “so far 140 enemy forces have been killed or wounded.”

Provincial governor spokesman Arif Noori said the bodies of dozens of Taliban fighters were in the streets.

Residents said power has been cut to the area since fighting erupted, with the Taliban using loudspeakers at the mosque to warn residents to stay in their homes.

The attack on Ghazni comes in the face of growing pressure on the Taliban to agree to peace talks with the Afghan government to end the 17-year war.

The group has so far ignored President Ashraf Ghani’s offer of unconditional peace negotiations even though its representatives met US officials in Qatar last month.

The US had dismissed direct negotiations with the Taliban before but in a change of policy, its Secretary of State Mike Pompeo said in June that Washington was prepared to “support, facilitate and participate” in talks.

The New York Times reported last month that the Trump administration had ordered diplomats to seek direct talks with the Taliban which were ousted from power in 2011 following a US invasion which has led to the occupation of the country to this day.

Since late last year, Daesh has also taken advantage of the chaos in Afghanistan, and established a foothold in the country’s eastern and northern regions from where it has launched brutal attacks against civilians and security forces.

The attack on Ghazni is the Taliban’s latest bid in a series of attempts over the past three years to capture urban centers.

In May, the group launched a similar assault on Farah and came close to overrunning the city in western Afghanistan.

On Thursday, officials said they had found 40 bodies of Afghan soldiers in a military base that Taliban militants stormed last week in the embattled southern province of Uruzgan.

A district governor said a number of members of the security forces were still missing, as news of the attack only began filtering out.

Security forces have been suffering heavy casualties as they fight the Taliban. A US Congressional watchdog, SIGAR, said in a report last year the losses were “shockingly high” but authorities no longer release overall casualty data.

At least 12 people, including children, were killed in a bomb blast in the western Afghanistan city of Herat on Thursday.

Local officials said the attack took place in the city’s Qol-e-Urdu area. Eyewitnesses said the bomber was riding a motorcycle but no group has claimed responsibility for the attack as of yet.

US hails prisoner swap with Taliban as ‘new opening’ 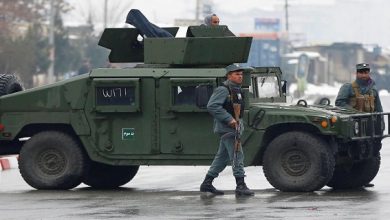 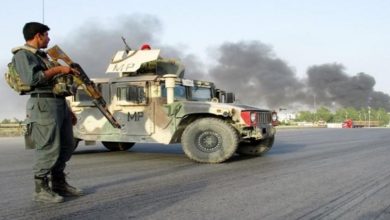