Â Hyderabad, India (SN)Â A renovated Aza Khana Zehra awaits lamenters at Dar-ul-Shifa as Muharram, the month of mourning for Shias, begins. The magnificent structure built by the seventh Nizam, Mir Osman Ali Khan, to perpetuate the memory of his mother, Amtul Zehra Begum, has gone in for extensive repairs for the first time in its 67 year existence. Â Â Hectic activity is on to deck up the Ashoorkhana which will be swarmed by mourners for the next 68 days. The cardboard ceiling of the colonnaded hall has been replaced with a plaster of Paris false ceiling and the four huge chandeliers repaired and lit up. They were badly damaged as the old ceiling cracked and fell at many places. â€œThough we started the repair work three months ago it could not be completed in time. Painting work remains and it will be done only after Muharram,â€ says Mir Baquar Ali Moosvi, assistant director, Umoor-e-Mazhabi, Nizam Trust. The Aza Khana Zehra, which is also known as Madar-e-Deccan, was built by the last Nizam in 1941. And since then it has been an important place for Shia worshippers. Four sacred battle standards known as â€˜Alamsâ€™ are its prized possession. The gold and diamond-studded standards are installed after the Muharram crescent is sighted. They are offered the traditional â€˜dhattiâ€™ by the Nizam family members and other devotees. One of the finest examples of Osmanian style of architecture, this house of mourning was bestowed the Intach Heritage award in 1999. The renovation work cost a whopping amount and it was borne entirely by Sahebzadi Rasheedunnisa Begum, the grand daughter of the Nizam, according to Syed Hamed Hussain Jaffery, president, A.P. Shiya Youth Conference 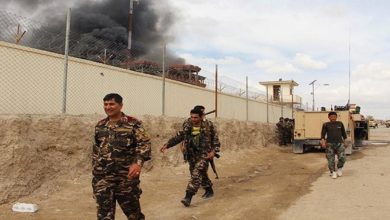