Afghan officials have announced the release of 19 of the 31 male Shia Muslims kidnapped in Afghanistan in February, saying that the release of remaining captives would be imminent.

“Nineteen Hazaras who were abducted in February were released today,” said district governor in southeastern Ghazni Province Zafar Sharif on Monday, as quoted in an AFP report, which noted that he did not elaborate on the circumstances of their release.

According to the report, relatives of two of the 19 released men stated that they received calls from Afghan authorities in Ghazni confirming their freedom.

This is while a number of Afghan media outlets reported that the abducted men were released in exchange for Uzbek militants held in government detention facilities, though Afghan security authorities refused to confirm the swap deal.

Masked gunmen kidnapped the minority ethnic Hazaras last February as they were returning home from a pilgrimage visit to Iran on a bus that was traveling through southern Afghanistan.

The rare kidnapping of the Hazaras, the report said, sent “shockwaves” through the community, bringing to mind memories of Taliban’s Takfiri rule from 1996 to 2001, when followers of the minority Shia sect were severely persecuted.

Meanwhile, government efforts to secure the release of the Hazaras have been conducted confidentially since the Taliban, waging a 13-year insurgency war against Kabul, distanced themselves from the abduction.

The United States and its allies invaded Afghanistan in 2001 as part of Washington’s so-called war on terror. The military offensive removed the Taliban from power, but insecurity continues across the country.

The US-led combat mission in Afghanistan ended on December 31, 2014. However, at least 13,500 foreign forces, mainly from the United States, have remained in the country in what the US is calling a support mission. 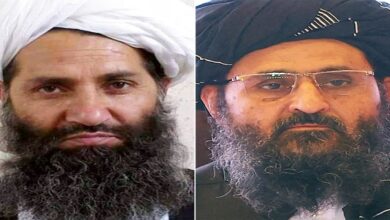