Introduction
Fatimah SWT is the only daughter of the Prophet of Islam SAWS. Our Lady’s mothers name is Lady Khadijah (R.A) the first wife of the Prophet SAWS. The only wife in whose lifetime the Prophet SAWS never married again. Holy Fatimah (SWT) is the wife of the Lion of Allah Imam Ali A.S. She is the mother of Imam Hassan and Imam Hussain A.S (The Chiefs of the youth of Heaven), Lady Zenab (SWT), Lady Umme Kulsum (SWT) and Prince Mohsin (The child who was killed by the sword of a muslim). Holy Fatimah (SWT) is also the ancestrol mother of 9 other Imams of the Holy Household. She is also among the five in the `Panjtan Pak’. Her appelations include `Zahra’ and `Sayyidatin Nisa’ (Chief of the Women). Her fillial appelations include `Umme Abiha’ (Mother of Imam Hussain and Imam Hassan A.S), Umme Sibtain and Ummul Iima (Mother of Imams). Zahra(as)
Birth
The light of Holy Fatimah’s existence was made with that of the Holy Prophet SAWS much before the creation of the Universe. However visible existence came into being on 20th Jamad us Sani (5th year after the declaration of Prophethood) on friday. The year was 615 A.D. At the time of our lady’s birth there were heavenly nymphs and pure women who descended from heaven to carry out the duty of delivery. These pious and pure women included:
— Lady Mariam daughter of Imran (mother of the Prophet Jesus)
— Asia daughter of Mauzahim
— Safoora daughter of Shoaib
— Kulsum sister of the Prohet Moses
Lady Khadijah on account of the delivery shows that as she had married without the consent of her tribe with the Prophet SAWS. The tribe had done a total boycott of her. However with the grace of Allah heavenly nymphs and pure and pious women did the delivery of our Lady fatimah SWT.
zahra(as)
Fatimah SWT only Female Child
It is an established fact that the Lady Fatimah (SWT) and Prince Qasim Abdullah were from Hazrat Khadijah and the Holy Prophet SAWS. The difference arises between Shia and other sects that the Prophet SAWS had other daughters which were Zainab, Rukkya (Wife Hazrat Usman) and Umme Kulsum. It is a known truth that these three daughters were wedded to pagans. The names of which include Abul Aas bin Rabi. Refrence is available from Masudi’s accounts. However this above information is incorrect. The Prophet of Islam would never marry his daughters into the pagans. These three daughters were actually the nieces of the Lady Khadijah (R.A). However as Lady Khadijah was a woman of dignity and high calibre, she treated her nieces gently and lovingly as though they were her own daughters. These nieces were called daughters of the Holy Prophet SAWS as Zaid was called his son. However in actual fact they were not Holy Prophet’s (SAWS) children. When the Holy Prophet SAWS married Lady Khdijah at that time the Holy Prophet’s age was 25 years. It is unanimously accepted that the Prophet SAWS had no children till the age of 30. It is also accepted that these three daughters were married before the revelations came. This means that the Holy Prophet SAWS in 10 years had three daughters married and also married them of. Certainly this is illogical and impossible. This proves that the Prophet SAWS had just two children. Qasim Abdullah (Died in Infancy) and Our Lady Fatimah(SWT).
zahra(as)
Early life and Trainning
Our Lady was totally different from the rest of the girls of that age. Umme Salma was asked to teach Our Lady principles of Culture. However Umme Salma replied that what could she teach the model of purity and chastity and I myself would take knowledge and teaching from this Baby girl. Books written by various writers indicates that Our Lady’s entire young age was spent serving her parents and praying to the All Mighty Allah.

Oneday when the Prophet SAWS was praying in the courtyard of the Holy Kaaba. The accursed AbuJahl (Uncle of Hazrat Umar) saw the Prophet in prostration to Allah. He put a tripe laden with compost of the camel on the Holy Prophet’s back. When the news of this act reached the Holy Fatimah (SWT) she came running and removed the tripe of the Prophet of Islam’s Back. Then washed the Holy back with water. On this occasion the Prophet (SAWS) said:

“Daughter! One day these enemies will be subdued and the lord will give my religion utmost superamacy.”
It has been reported that Lady Khadijah (R.A) was preparing to go to a wedding. When she started to put her clothes on she was informed that Our lady had no clothes. This made Lady Khadijah (R.A) to be worried but when Our Lady got to know about her mother’s anxiety that her daughter had no clothes. Our lady Fatimah (SWT) said : “Dear Mother! I will go wearing old clothes, because father dearest says that the best jewellery for muslims girls is life of piety and absitence and the best decoration is modesty and bashfulness.”
Lady Fatimah (SWT) system of work
After going to His Holiness (Imam Ali (A.S)) house. Our Lady Fatimah (SWT) established such a system that is a model for all the women of the world to follow. Her Holiness (SWT) did all the household work alone. The work included cooking food, weaving, grinding the flour by the use of a handmill, sweeping and Trainning the two young Holy Imams Hassan (A.S) and Imam Hussain (A.S) and the two princesses Her Holiness Lady Zenab (SWT) and Her Holiness Lady Umme Kulsum (SWT). All these works our Queen used to do but never was there a change Her Holiness’s temprament nor did Her Holiness (SWT) ever complaint to Imam Ali (A.S).Her Holiness Lady Fatimah (SWT) never asked for a slave girl. However when Our Lady (SWT) was given a maid in the 7th year of Migration of the Holy Prophet (SAWS) from Mecca to Medina. Her Holiness (SWT) treated the servant not as a servant but as if a close friend and associate. Oneday Our Lady (SWT) used to do the chores of the house and the next day Lady Fizza (The Maid of Her Holiness Lady Fatimah SWT) used to do the work. Hence the system was of taking turns at doing the work of the House. This system adopted by Her Holiness (SWT) made Lady Fizza feel like a part of the House and not as a servant. Actually this was a true example of the House of the Prophet (SAWS) system of equality.

Fatimah (SWT) and The Islamic Dress
Our Lady Fatimah (SWT) has explained clearly the acme of the Women. These acmes are staying indoors and obeserving the Islamic Dress. The Islamic dress code of wearing a veil and wearing such a dress which protects a women’s honour and beauty from the gaze of male strangers. Today we see that by not observing the Islamic dress code muslim women open themselves to the lust of many unscruplous men.

Time has revealed to us that the Ahlul Bait (A.S) (House of the Prophet SAWS) has always tried to protect the humans especially the muslims from disasters caused by the people’s own wrong doings.

When this answer reached The Holy Prophet (SAWS), His Holiness was rejoiced and said:

“—-Fatimah (SWT) is a part of me (His Holiness The Prophet of Islam (SAWS)”.
Ibn Al-Maghazili mentions in his book Manaqib that (His Holiness) Ali ibn Al-Hussain ibn Ali (A.S) said:

Death of the Holy Lady (sa)
After the death of Holy Prophet (saw), people disobeyed the will and advices of Holy Prophet (saw). They collected themselves and elected a caliph amongst them inspite of explicit announcement of Imam Ali’s (as) vicegrency by Holy Prophet (saw) duing his last Hajj. People came to Bibi Fatima’s house to forcefully take oath from Imam Ali (as). When she denied from behind the door, people who wanted the oath pushed the door such that it fell on the Holy Lady Fatima (saw) and then crossed over the door, while the Holy Lady was below the door. The door also had a nail which pierced the Holy lady’s body. The child in her womb died because of this atrocious incident. The caliph of that time snatched the land of Fadak which Holy Prophet (saw) gifted in His life. People closed their doors on the Holy households of Prophet (saw). All such events made Bibi Fatima (saw) weaker day by day and she passed aways within an year after the death of her father.

The Splendor of the prophet of Islam (Part 3) 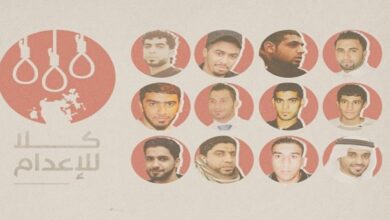 Bahrain, The Country of Torture And Execution