The Syrian army is making steady progress against the takfiris, thanks to the support of Hizbullah as well as infighting between the cannibals and mercenaries that have flooded into the Levant.

With the media focused on the crisis in Ukraine and Crimea, and even though attention was momentarily brought back to Syria because of Turkey’s downing of a Syrian MiG fighter on March 23, developments in Syria are going in favor of the government of President Bashar al-Asad. The Turkish attack was seen by many in Turkey as an attempt by Prime Minister Recep Tayyip Erdogan to divert attention from the crisis that has engulfed his government.

Syrian forces have made strategic gains in the Qalamoun-Yabroud area near the border with Lebanon. It is strategically important because it serves as a link between Homs and Damascus as well as a major transit route for shipment of men and materiel from Lebanon. The Qalamoun mountain range opens up to the desert bordering Hama, Aleppo, Raqqa, and Deir al-Zour in the north, Iraq in the east, and the Damascus countryside in the south. By recapturing it, the Syrian army has put paid to plans of the imperialist-Zionist-Wahhabi-backed terrorists to extend their writ to the east of the Damascus-Homs highway. Their plan was to divide Syria horizontally with Damascus and south Syria cut off from the north where the terrorists planned to establish their Wahhabi-takfiri fiefdom.

The Qalamoun-Yabroud area also served as a launching pad for suicide and car bombers into Lebanon. While such attacks will be much reduced, they will not end altogether because the takfiris have a visceral hatred of Shi‘is and Hizbullah. The latter has played a major role in bolstering Syrian military efforts in confronting and defeating the takfiris. The rebels are fighting among themselves blaming “traitors” for the loss of the vital region while Syrian field commanders are ecstatic. They see the victory as more than capturing a strategic triangle: they feel the victory will lead to “positive aftershocks” throughout the Homs and Damascus regions in the coming weeks and months.

In-fighting between rebel groups especially between Jabhat al-Nusra, the Islamic State of Iraq and the Levant (ISIL) and the Islamic Front has intensified with each blaming the other for the loss. A meeting between commanders in Istanbul soon after their rout from Qalamoun-Yabroud was reported to be stormy with blame being hurled at each other. Not the most polite or civilized bunch, they came to fist-fights several times as well as drawing guns. This is what usually happens when fighters working at the behest of foreign masters lose successive battles. Some of their foreign masters — Qatar and Turkey, for instance — are also having second thoughts about the whole project given the fact that the Syrian government has not collapsed as they had anticipated. Further, the Saudi-Qatari spat (both support the terrorists in Syria) is also not helping the takfiris’ cause.

While it may be too early to write the obituary of the foreign-inspired conspiracy in Syria, the outlines are clearly visible. Even the perennially optimistic Lakhdar Brahimi, United Nations-Arab League Special Representative for Syria, dismissed the likelihood of a new round of peace talks on the crisis at the present juncture. “A return to Geneva is out of the question for the time being because the criteria have not been met,” Brahimi said in Kuwait on March 24.

Defeating the imperialist-Zionist-Wahhabi plot in Syria will lead to positive developments in the entire region. 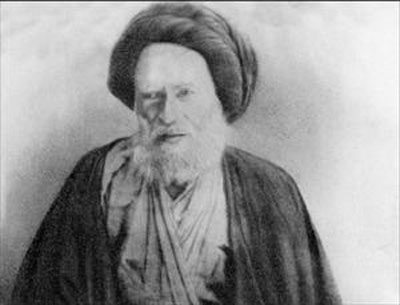 Shia Political Revival in Iraq during the Early Twentieth Century 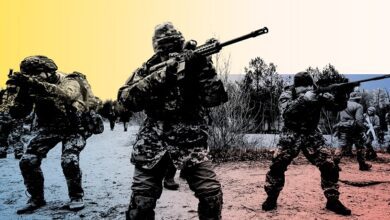 Attack on Ukraine, Russia’s escape from a bigger war