Nawaz Sharif is leading Pakistan into oblivion and total destruction. His spiritual father Zia took a few dollars and sold the future of Pakistan to Takfiri Deobandi terrorist and their Madrassa empires. The fruits of Zia’s Afghan Jihad are well known, Pakistan has paid in billions and the growing extremism has retarded the country resulting in widespread terrorism, lawlessness,  lack of economic prosperity and development of human capital.

Saudi Salafis are not giving us 1.5 billion dollars (this is only the first installment) for nothing or as Sartaj Aziz  put it ” a gift” ,they have long term plans behind their strategy. They rented Pakistan, when we fought in Dollar Riyal Jihad aka Afghan Jihad. This time around the battle-field is not Afghanistan but Syria, players are still same. Saudis want Pakistani weapons and jihadist to fight against Syrian Arab Army.

A Saudi shoeshine boy: Nawaz Sharif has been hailed by Saudi prince Talal as “our man in Pakistan”. Most of Nawaz Sharif’s considerable wealth and  business interests are in Saudi Arabia. Pakistan is being run by a Saudi Arabian agent. His interests are more with Saudi Arabia than Pakistan. Nothing he says on issue pretaintaining to Saudi interests could hold water, it should be outrightly rejected.

Pakistan is making a deadly mistake as we are still facing the consequences of Afghan Jihad. Getting involved in the Syrian Conflict will have disastrous consequences for Pakistan. Shias, Sufi Sunni Brelvi , Christians, Ahmadis and Minorities will be in the line of fire as they are already been targeted by state backed takfiri deobandi militants of Deobandi Sipah e Sahaba Taliban (ASWJ TTP LEJ).

One can only imagine the new depths, Nawaz Sharif’s Syrian Jihad will sink Pakistan into. A few billions that will benefit by the Sharif family, the Army and the select urban elite. Future generations of Pakistan will pay for it. Just as Pakistanis today are paying for the misadventures of the Afghan Jihad.  Yesterday it was the Soviet Union, and today it is Russia, its incarnation. Nothing has changed: it is the same players on both sides. The only added dimension is Iran. Thus Pakistan is creating new enemies. The Deobandi Zia’s legacy goes on. The Deobandi mindset has turned Pakistan into a mercenary state.

In the past the “enemy” was on Pakistan’s border. Now it is Pakistan who has gone to Syrian in search of an enemy. Certainly the enemy will deal with Pakistan in a manner of its choice.

In his quest for money, Nawaz Sharif cannot be convinced that siding with the House of Saud is a bad idea. The very recent 1.5 dollars put into Nawaz’s account are significant. This money is not aid to Pakistani. It should have gone to the State Bank if it were aid. This money is basically for Pakistani mercenaries and their families who have been killing Shias in Bahrain and Syria.

Pakistan Army needs wars and diversions to expand its size and business. There is no doubt they will be happy and shortsighted participants in Pakistan’s newest Syrian misadventure. Wars are profitable for the Army, they will sell their weapons and continue to export takfiri deobandis to murder Shia Sunni Christian and others  in Syria, Bahrain, Iraq or the highest bidder.

The Generals at the top make the money, soldiers die and the ordinary people in Pakistan suffer the blow back. History repeats itself from the Afghan Jihad. Zia the father sunk Pakistan into the quick sands of religious extremism. There is no way Nawaz or the Army can be convinced not to be become mercenaries for the Saudis because the lure of dollars is too strong.

Who knows what will be unintended consequences in the future? Could weapons of mass destruction that fall into the wrong hands?

In an interview with Prince Talal of Saudi Arabia, the Wall Street Journal has observed, “If Iran does go nuclear, Saudi Arabia may not be far behind. It has options. Riyadh underwrote Pakistan’s atomic-bomb program and keeps the country’s economy afloat with its largess.”

Who is threat to world peace: Iran or Israel? 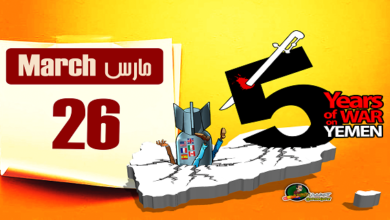