“I am Muslim and nothing else,” says 23-year-old Sana*. Growing up in a multi-sect home it wasn’t until Sana was a teenager that she felt the distinct divide society wanted to categorise her in. An outgoing and ambitious young professional Sana, with a Shia father and Sunni mother, continues to resist societal pressure to declare allegiance to either religious sect.

Her live and let live policy along with the unwillingness to “choose sides” is something she staunchly stands by and contrary to popular belief nothing about Sana indicates she is not a well-adjusted individual. Living in a loving home where understanding and tolerance supersede prejudice and narrow-mindedness she is happy to have the opportunity to be exposed to both sects.

Aurangzeb Khan, 22, has also been raised in a multi-sect home. Since he turned 12, Aurangzeb showed an inclination towards his mother’s sect, who is a Shia. He admits he was initially uneasy about the distinction between how he and his father offered their prayers but says,

Hands by my sides or folded, all I know is that I am praying before the same God.
Even though he was initially hesitant, Aurangzeb’s father now respects his son’s decision to follow the Shia faith. Belonging to a Sindhi business family, Aurangzeb admits to having verbal disagreements with his paternal cousins over certain matters.

“Sure, the debates have gotten heated on occasion but matters have never gotten out of hand,” he says. It is about respecting another’s beliefs, Aurangzeb adds.

While not everyone in his life is as understanding, Aurangzeb, like Sana, chooses not to let that affect him. “My classmates used to make me feel alienated because I wasn’t like them,” Sana says.

There are others who have been targets of personal enmity been made to look like sectarian conflict.

The year was 1950, and two cousins in Kohat Valley were about to be tied in wedlock and then came the threats of a 20-year boycott and calls for no cleric to read theirnikah. The reason announced: it was an inter-sect marriage.

Brig (retd) Talat Imtiaz Naqvi, 70, is the former principal at Garrison Cadet College Kohat, and the union was of his maternal aunt and uncle, who are now also his in-laws.

“My uncle (Shia) was the most educated bachelor in town, and my aunt’s father, a Sunni man, had chosen him for his daughter,” Naqvi explains.

Turns out the bride’s cousin wanted to marry her and thus the façade of a sectarian conflict to disrupt the marriage. But the marriage did take place and lasts to date, Naqvi says proudly.

There is a long and successful history of inter-sect marriages in Brig. Naqvi’s family. “The very essence of this relationship (marriage) is to help build a bridge.” Speaking from personal experience he says, “Even after decades of marriage, my wife is a practising Sunni as her mother is and that was never a big deal in our house.”

The problem is not with the institution of marriage rather the values given priority to by society. “It is ironic,” Brig. Naqvi comments, “We, as a society, are becoming more educated and technologically advanced but are falling behind on our values of tolerance and acceptance of others, especially those from other sects (and religions).”

Beyond couples, even families have a role to play in spreading tolerance and understanding of accepting members from other sects. Nisa Fatima, 47, has married into such a family.

Attending majalis in Moharram out of respect and to mourn the martyrs of Karbala is no longer an exclusively Shia practice as Fatima explains.“ Though Sunni, my in-laws also accept and respect the sacrifice of Imam Hussain A.S. and have never resisted my attending or holding majalis.”

Like Brig. Naqvi, Fatima’s family also has a history of successful inter-sect unions. “It is simply about having the correct mindset,” Fatima says. “Believing in the same God and a myriad of similarities in practices and beliefs, is there really any logic behind this divide?” she asks rhetorically.

Former director of an Islamic centre, Association Interculturelle des Pakistanais en France (AIPF) in Paris, Abdul Rahman Qureshi firmly supports the idea of inter-sect marriages. “This tradition (inter-sect marriages) can be a positive source of bringing tolerance in our society.”

For Qureshi, more than sectarian differences, the society is plagued with a rigid mindset which also resists marriages between two people from sub-groups of the same sect.

Further, Qureshi disagrees with the term ‘sect’ to distinguish between Shias and Sunnis. “Both believe in and follow the same core principles of the same religion and so qualify as two ‘schools of thought’.

Education and upbringing of young Muslims must also strongly support facilitating mutual respect and tolerance towards people from all religions and schools of thought, Qureshi says. “Learning starts at home and then in religious circles,” he adds. “When they (the younger generation) reach the age of forming opinions based on reason and knowledge then they are free to choose their path.”

On the other hand, Maulana Murtaza Karbalai feels that even though there are many common grounds on which the two major sects can unite, inter-sect marriage is not the most plausible solution.

“When it comes to inter-sect marriages, routine social and economic conflicts of a married life become associated with difference of sects of the spouses,” Karbalai says.

In his opinion, in case of a bad experience in an inter-sect marriage; there is a greater tendency for the parties to view the entire sect through the prism of resentment.

Imran Khan is no â€˜apologistâ€™, he is an â€˜advocateâ€™, an â€˜allyâ€™ of Deobandi Taliban â€“ by Saroop Ijaz 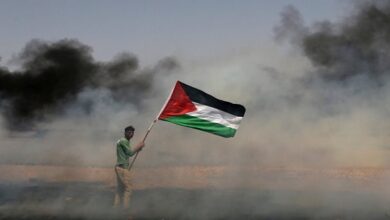 The Palestinian case at the ICC is legal, not political

Zarb-i-Azb, NAP and the militant challenge 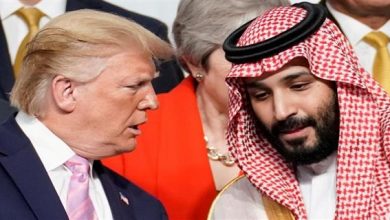 United States and Saudi Arabia coming to the parting of the ways?