Undeterred by the chilly night on Wednesday, Nusrat Fatima is ready to brave many more nights with her two children out on the road. This, she believes, is her part in pushing the government to save humanity.

“These attacks are not sectarian anymore – both Shias and Sunnis are being killed in violent attacks,” she said, stretching her legs at one of the sit-ins being hosted by the Majlis-e-Wahdat-ul-Muslimeen. “We have no sweater or blankets to keep us warm, only grief and pain to keep us going.”
On the second day of the countrywide protests against the attack on Hazara pilgrims in Mastung, Balochistan, the largest congregation in Karachi was held at the Numaish Chowrangi with the participation of over 500 men, women and children.
Welcoming a leader of the Sunni Tehreek who came to the protest on Thursday to offer condolence, protestor Nuzhat Rizvi concurred, “It is true that Shias are being killed but at the same, Sunnis are also being targeted. We have the same enemies.”
Roads leading to the roundabout were closed for traffic as solemn clerics read out prayers on the microphone. Silent protesters sat cross-legged on pink rugs as volunteers passed on oranges, biscuits and tea.
Most of the participants were from the Hazara community. Rozina Raza, who lost her mother’s cousin Zulfiqar Ali in Tuesday’s attack, said that he was the only brother of five sisters. “He had gotten married only three years ago,” she told The Express Tribune. “My heart ached when I heard the news but I cannot imagine how his family must be feeling.”
Despite only a handful of police officers at the site, an elderly woman, who had brought her young grandchildren, was not ready to go home. “We are not scared if anything happens because we are at this protest for the right reasons.”
The protesters believe that the government should not hold dialogues with those responsible for the deadly attacks and instead, should take action against them. “Why are they planning to hold discussions with militants? Who talks to those who openly claim responsibility for killing people?” asked Ali Abiding, demanding that an operation be carried against those responsible.
Sisters Hanifa and Zarifa, who had come from Quetta to spend their vacations in Karachi, did not want to go back. “Back home, we are restricted to Alamdar road. We can’t go anywhere,” cried the eldest.
Students also came to express solidarity and among them were Sajid and Ali who had skipped their university to be part of the protest. “The current government is no different from the previous one,” they said. “We don’t like blocking roads but what other choice do we have.”
Those gathered for more than 24 hours, including burqa clad Tahira, want to get the government’s attention through their sit-in. “Since our protest started, our people have not been targeted,” she said. “This proves that the government can control the situation when it wants to.”
The protesters vowed to stay put till the Quetta protesters do not end their sit-in. “Their patience must be praised for braving the cold weather with the charred remains of their loved ones. If they can continue to demonstrate, so can we.”
Pakistan Peoples Party Patron-in-Chief Bilawal Bhutto Zardari and Muttahida Qaumi Movement Chief Altaf Hussain condemned the attack in Quetta. Bilawal asked that the federal government extend all possible support to the governments of Balochistan and Sindh to help build their capacity to deal with militancy.
Traffic in the city was relatively less on Thursday, according to the traffic police officials, because of the sit-ins. Diversions were made in the nearby roads to accommodate commuters – traffic from Numaish Chowrangi was diverted to Capri Cinema and Guru Mandir, and the traffic from sit-ins at Natha Khan and Malir 15 was diverted towards Rashid Minhas Road and Quaidabad and Mill Area. 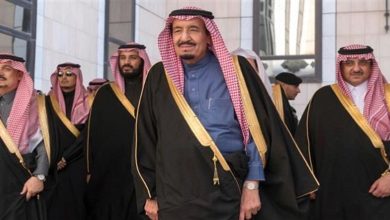 Western Girls got pregnant by DAESH takfiris, now confess it as huge mistake