As Yemen continues to undergo profound metamorphoses, its people driven by a need to reinvent their nation and more importantly the principles that command and define them as a nation following decades of blind nepotism, Yemen highlands has cried out in rejection of Sunni radicalism, bent on reclaiming its Shia heritage.

From both a purely historical and religious perspective, such a revival of Shia Islam in Yemen has absolutely nothing to do with politics and rather everything to do with the principles that have always driven and defined Shia Islam.

To better understand Yemen’s highlands Houthi movement (a Shia group led by Sheikh Abel-Malek al-Houthi), one needs to look back over a millennia ago, when the northern tribes of Yemen pledged themselves to God and His Prophet, Mohammad (PBUH).

Back when the Prophet of God (PBUH) worked to spread Islam across Arabia, Khalid ibn al-Walid was sent to the people of Hamdan, Yemen’s tribes, to urge them to convert to the One God and His last covenant. Although Khalid ibn al-Walid stayed with the people of Hamdan over 6 months, informing them of the teachings of the Quran, none converted, all determined to remain true to the traditions of their forefathers. Frustrated, al-Walid returned to Prophet Mohammad (PBUH) in Medina defeated.

Al-Bara’ bin Azib bin al-Harith – a devout Muslim and ardent supporter of Imam Ali (PBUH) – then tells us of Imam’s exploit: “The Messenger of God (PBUH) sent Khalid b. al-Walid to the people of Yemen inviting them to Islam, and I was among those who went with him. He persisted in the matter for six months, but they did not respond, so the Messenger of God sent Ali b. Abi Talib and ordered him that Khalid and those who were with him should return, but if any of them would like to follow him he should allow them. Al-Bara’ said, “I was one who followed Ali (PBUH), and as we reached the borders of Yemen, the people got the news. They gathered around him and Ali (PBUH) led us in the morning prayer. When he had finished [the prayer], he lined us up in one row. Then he moved before us, praised and extolled God, then read to them the letter of the Messenger of God. All of Hamdan embraced Islam in one day, and he wrote to the Messenger of God (PBUH) about it. When the Prophet (PBUH) read Ali (PBUH)’s letter he fell down, prostrating himself to God. Then he sat up and said, ‘Peace be upon Hamdan, Peace be upon Hamdan’ [After the conversion of Hamdan] the people of Yemen followed in succession with their acceptance of Islam.”

Now it is important to understand that the people of Yemen came to know Islam through none other than Imam Ali (PBUH), the Prophet (PBUH)’s cousin and son-in-law; a man whose valour, devotion and righteousness have eclipsed all and inspired generations ever since. While most might have forgotten, it is this religious footprint that Imam Ali (PBUH) left behind that to this day animates Yemen. What the mind might have forgotten, the heart remembers. Yemen’s conversion to Islam came about because of Imam Ali (PBUH); he managed in a day to inspire an entire people and thus change the face of Arabia forever.

From that moment on in Islamic history, Yemen became an extension of Hijaz, the pillar of early Islam and more importantly a place where the voices of a time long gone still resonate.
Throughout the early tribulations of the Islamic empire, when games of politics and thirst for power came to sully the message left by the Prophet of Islam (PBUH), the northern tribes of Yemen, remained, unlike many others in the immediate region, true to Ahlul al-Bayt, intent on honoring their pledge of obedience and reverence before God. Such a pledge was sealed in 893, when Imam Yehia ibn al-Hussayn, a descendant of the Prophet of Islam (PBUH), answered the call of Yemeni tribes.

Acting as a mediator in an inter-tribal conflict, Imam Yahia soon acted as a catalyst for Yemen highlands folks when he denounced the unjust rule of the then-Caliph.

It is at that moment in time that Shia Islam took yet another dimension in Yemen, it became a force that opposes tyranny through legitimate leadership. Just as Imam Ali (PBUH) stood before Muawiyah, denouncing his lunacy, the Imams of Yemen have come to incarnate as an institution justice over tyranny, truth over deceit.
By accepting Imam Yehia as their leader, Yemen’s northern tribes totally rejected the authority of the Sunni Caliphate, then based in Baghdad, having for a second time professed their allegiance to Imam Ali (PBUH).

Today, we are witnessing a resurgence of such sentiment. Following decades of nepotism and sectarian-based segregation, the Houthis, the keepers of Shia Islam in Yemen, have returned to claim their heritage over extremism and radicalism.

As Yemen twists and turns, looking for a new direction, the Houthis have said to be determined not to allow Sunni radicals from taking over their homeland, as to reclaim their heritage and act as a barrier once more to despotism.

Stronger maybe for their resolve is born from a deep sense of moral duty and loyalty to their homeland, the Houthis have proved a mighty force against Sunni radicals’ legions. Outnumbered at times, often under siege and at a clear disadvantage geographically as Sunni Saudi Arabia stood only a few kilometers north, the Houthis have, against all odds, re-carved Yemen highlands to their image.

Today, the once small rebel group stands master over Yemen’s northern region, having grown in such strength that the Sana’a central government would now not dare directly come in opposition of its leadership.

As Yemenis have come to recognize radicalism for the evil that it is, many have looked onto the Houthis as a liberating force. With over 40% of Yemen’s population being Shia, the Houthis have become much more than just a dissident movement, the group carries within the seed of a new religious awakening, a confirmation maybe of the oath northern tribes took long ago before Imam Ali (PBUH). 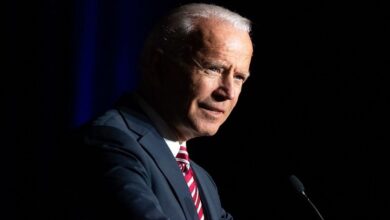 In Expectations of the Saviour of Mankind 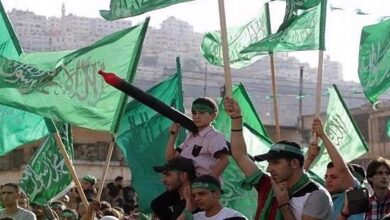 UK’s hypocritical designation of Hamas is a badge of honor