Pakistan and the International Monetary Fund have finalized an agreement on a package worth of $6 billion, adviser to Prime Minister on Finance Abdul Hafeez Shaikh announced on Sunday during an interview with the country’s broadcaster PTV.

The agreement was not obtained overnight. The Pakistani officials spent involved in talks with the IMF officials at least for 8 months. Each time, the bilateral negotiations reached impasses during the period.

When did Pakistan loan case start?

The negotiations for a loan were publicized first time in October 2018. IMF’s chief Christine Lagarde at the time announced that Pakistan officials applied for a loan to face their financial crisis.

The loan was vital to Prime Minister Imran Khan who at the time had held the office two months ago. It could help him realize his campaign-time promise of providing an Islamic social security system. But the IMF initially rejected the application, arguing that Islamabad did not have conditions set by the organization.

One IMF condition asked the Pakistani government to realize the US dollar to the Pakistani rupee exchange rate. Accepting the condition would mean an unprecedented shrink of rupee value.

Other conditions included increasing the government tax incomes from 4,400 billion rupees to 4,700 billion rupees, increasing the loans interest rates to 13 percent, increasing the power service price to 22 percent, cutting 4-5 percent of the military spending, and releasing the full details of the Chinese financial aid to Pakistan. Pakistani officials refused to bow to the demands, asserting that they could not break the nation’s red lines. This pushed the negotiations to a deadlock.

Saudi Arabia has hands in it

The deadlock in fall last year had a behind-the-scenes reason: The unpublicized negotiations between Pakistan and Saudi Arabia.

Along with Pakistan’s application for a loan package, a surprise happening in West Asia put Riyadh in diplomatic isolation. It was the killing of the prominent Saudi critic Jamal Khashoggi at his country’s consulate in Istanbul. The assassination drew strong global reactions.

Saudi Arabia’s diplomatic isolation overshadowed a Saudi economic summit, dubbed Davos in the desert, hinting to World Economic Forum held annually in Davos, Switzerland. The summit was supposed to feature world businesspeople and leaders but due to the assassination of the vocal critic of the Saudi Crown Prince Mohammed bin Salman, many would-be attendees stayed away from it. Mainly, some countries’ finance ministers joined the event. Meanwhile, Pakistan’s PM was among the very few leaders to attend.

Imran Khan’s attendance was not fruitless to Islamabad while Riyadh suffered under the heavy international pressures. At the time, his office released a statement, announcing that Saudi Arabia agreed to a $12 billion aid package to Pakistan. Such a sum of aid to Islamabad was considerable compared to the $8 billion applied to. This encouraged Pakistan away from continuing the talks with the IMF. Pakistan, in fact, set heart on the Saudi aid package and somehow abandoned pursuing the IMF loan.

Returning to the IMF

A problem appears to have happened with the $12 billion delivery. It appears that Islamabad received only $2 billion of the aid in two installments and Riyadh set new conditions for the delivery of the remaining $10 billion.

Saudi Arabia’s failure to meet its promise has pushed Pakistani officials to once again turn their head to the negotiations with the IMF to get the cash it badly needs amid an economic crisis. No news has yet come out about the details of the Saudi conditions but the Pakistani government has stated that Islamabad did not give Riyadh any promise of cross-border cooperation in return for the continued flow of aid cash to Pakistan. The cross-border cooperation seems to refer to the military help to Saudi Arabia in its war against Yemen. Despite Saudi demands, Pakistani leaders have so far refrained from participating in the anti-Yemeni aggression, launched in March 2015.

In April 2015, Pakistan’s lawmakers approved a bill in which they called for the end of the Saudi-led war through dialogue and asked the government not to deploy military forces to the conflict zone.

An issue should not be ignored. It is the fact that the US government is strongly opposed to IMF loan to Pakistan. White House leaders argue that these financial resources will be used to contribute to the China-Pakistan Economic Corridor (CPEC), which means China indirectly uses the IMF sources to pursue its ambitious New Silk Road project, also dubbed Belt and Road initiative. Odds are that due to the refusal to join the Saudi war in Yemen and the American pressures against Riyadh to avoid giving Pakistan the aid cash, Islamabad has become disappointed with the delivery of the Saudi aid package.

What we understand from the IMF-Pakistan agreement is that Saudi Arabia has broken its promise of financial aid to Pakistan. The main goal was to drag Islamabad into a devastating war that so far killed thousands of Yemeni civilians and wounded and displaced more and caused an unprecedented humanitarian crisis amid an all-out sea, land, and air blockade on Yemen. After four years the Saudi rulers have failed to gain what they started the aggression for. Frustrated with a win, they seem to look for accomplices to their war crimes.

One month on: From mourning to action 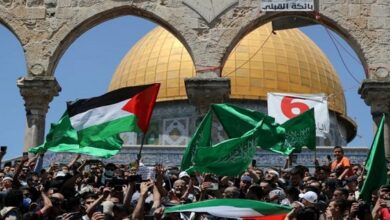