A month after London hosted the Saudi Crown Prince Mohammed bin Salman, Paris is the next European capital to host the son of the Saudi King Salman bin Abdulaziz who also serves as the Arab monarchy’s defense minister.

Bin Salman arrived in Paris on Sunday and met the French President Immanuel Macron. The visit, as part of an international tour that took the young prince to Egypt, US, and Britain, is linked to the West Asia region’s issues, including Yemen aggression, tensions with Iran, and even the home affairs of the kingdom.

Yemen these days looks like a deep swamp to the Saudis, who in 2015 waged a full-scale war against the neighboring nation. Riyadh has stepped into the Yemen quagmire with its own accord, but it cannot find a way out of it with its own free will. The Saudi-led Arab military coalition’s war on Sana’a is in its fourth year. According to the latest figures released by the Yemeni Ministry of Human Rights, so far, 600,000 Yemeni people been killed and injured, and millions were displaced from their homes. The United Nations aid agencies assert that over 90 percent of the Yemeni civilians are in urgent need of humanitarian aids. Despite all of these costs, Riyadh still keeps pounding Yemen, without reaching any of its stated goals. The Saudi rulers have failed to re-impose on Yemen the fugitive President Abdrabbuh Mansour Hadi who fled the country to Saudi Arabia immediately after announcing his resignation. The northern parts of the country are still held by the Yemeni army and the popular committees, making the Saudi campaign look like launched in vain.

The deterioration of the humanitarian crisis and the condemnation of the military campaign in Yemen by the rights organizations, which warn the situation is setting the alarm bells to the world community, have drawn reactions from some European leaders who while formally offering their full backing to the Saudis, in more private spaces call on their Arab allies to end the aggression.

In Germany, for example, rights groups’ pressure made the newly formed coalition government in Berlin to announce putting curbs on the arms sales to Saudi Arabia. In France, too, the pressures urging Macron to stop weapons sales to Riyadh are building on the president. Some 12 NGOs have reportedly urged the French leader to suspend arms deal with the Saudis and put strains on the crown prince to lift the four-year-old air, sea, and land siege on Yemen that has deprived the Yemen civilians of international food and medicine aids.

Similar pressure was put on Washington and London leaders. Still, they proved unsuccessful in halting the two Western countries’ arms deliveries to the oil-wealthy monarchy. The US during bin Salman visit to Washington unveiled sealing a deal of $12 billion various military facilities including missiles and ammunition to Riyadh. During the years of war, Saudi Arabia procured tanks, armored vehicles, ammunition, artillery, and warships from France. In 2016, for instance, Paris issued a license for the French companies to deliver €18 million ($22 million) worth of weapons to the Saudi military. On Friday, the French newspapers predicted that during the visit of bin Salman, Saudi Arabia will sign an agreement to purchase military patrolling boats from a French company. They also talked about possible agreement to buy artillery from Nexter Systems, a French government-owned weapons manufacturer. The next destination of the prince will be Spain, where he is expected to, according to the Spanish media, finalize a deal to get 5 battleships, with an estimated price of €2 billion ($2 billion), from Madrid.

Many experts believe that the Saudi prince has demanded the Western governments to turn a deaf ear to the human rights organizations’ anti-Riyadh pressure calls and strongly continue their military and diplomatic support to the kingdom.

These days, some analysts have made a proverb: “Where there is bin Salman, there is talk of anti-Iranian pressure.” The political proverb is not an exaggeration, however, and there appears to be a consensus on it.

During his London trip, bin Salman appreciated a Britain-drafted anti-Iranian UN Security Council resolution, which failed by a Russian veto, calling it a sign of Riyadh-London consistency of views on pressing Iran. In late February, the British envoy to UN proposed a Yemen resolution, accusing Iran of supporting the Yemeni revolutionaries. With this in mind, naturally, bin Salman will use the potentials of his Paris visit to demand additional pressures against Tehran.

The European Union and the US are severely at odds over Iran nuclear deal, signed in 2015 between Tehran and the six world powers– the US, Russia, China, Britain, France, and Germany. The analysts hold that part of the prince’s efforts will very likely focus on uniting the views of the EU and the US to facilitate the demanded anti-Iranian strains.

In February last year and while Macron was on Saudi Arabia visit, Reuters news agency said that bin Salman in a meeting with the French leader asked him to limit business ties with Iran. The same demand is expected during his visit to Paris.

According to Alwaght, in the past few months, bin Salman went to great lengths to paint himself to domestic public and to the world a reformer and modernist leader. He brought in spotlight some of his domestic reforms in the closed Saudi society to send the message to the world that the absolutely-governed kingdom is different now. The Vision 2030, and Women freedoms, such as driving right and social attendance rights, are seen as his efforts to burnish the highly traditional image of Saudi Arabia.

But there is a goal behind all of these tradition-breaking attempts: He struggles to get support to facilitate his ascension to the throne. In his eyes, posing as a reformist who wants to transform Saudi Arabia can soften the human rights activists’ harsh tone against the war violations and help the Western leaders more comfortably have his back.

For the Western governments, especially the US administration, which have often been target of toughest rights groups’ condemnation for their alliance with Saudi Arabia, alliance with the ostensible reformer can rid them of media and NGO pressures.

But the sham optimism of the Western governments about the reforms has proven false and ineffective, as the crown prince during his visits to Britain, the US, and France was received with angry pro-rights protests.

How is ISIL financed? 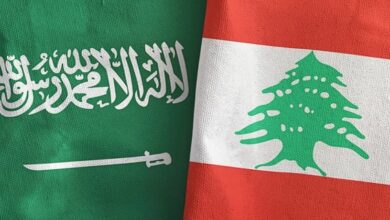 Why did the Saudis manifest their anger against Lebanon publicly?

Imam Zainul-Abideen (AS) Who Safeguarded the Husaini Revolution