Elements within the US Central Intelligence Agency (CIA) have fabricated intelligence to implicate the Syrian government in the recent chemical attack in Syria and cater for Washingtonâ€™s case for launching strikes on the Middle Eastern country, says a retired CIA analyst.

Ray McGovern made the remark in an interview with Russia Today (RT) channel on Monday amid the US rhetoric of war against Syria.

The US has been intensively campaigning for strikes on Syria since August 21, when the militants operating inside the Arab country and its foreign-backed opposition claimed that over a thousand people had been killed in a government chemical attack on suburban Damascus.

The US has all along the way been insisting that it has strong â€œevidenceâ€ against the Syrian government while refusing repeated calls to release it publicly.

â€œThe media is drumbeating for the war (on Syria) just as before Iraq,â€ McGovern said. â€œAnd they donâ€™t want to hear that the evidence is very very flimsy. They donâ€™t want to hear that people within the CIA – senior people, with great access to this information – assure us, the veterans, that thereâ€™s no conclusive evidence that Assad ordered those chemical incidents on August 21.â€

McGovern was among the veteran intelligence professionals who recently signed a letter to US President Barack Obama, warning that Damascus was not behind the August 21 chemical attack in the Arab country and that CIA Director John Brennan â€œis perpetrating a pre-Iraq-War-type fraud on members of Congress, the media, [and] the public.â€

The former CIA analyst stressed that only the Israeli regime would benefit from the crisis in Syria, as the unrest would make the Tel Aviv regime feel that â€œthe Sunni and the Shia arenâ€™t going to be turning their swords and their guns on Israel. Itâ€™s that simple.â€

â€œSo, what we have here is a situation where Israel and the tough guys – and tough gals now – in the White House, advising Obama, say, â€˜youâ€™ve got to do somethingâ€™,â€ he added, in an apparent reference to US National Security Advisor Susan Rice and US envoy to the UN Samantha Power, who have been heavily involved in the US campaign for strikes on Syria.

Obama â€œis being given cooked-up intelligence because John Brennan, the head of the CIA, and James Clapper, the confessed perjurer, have thought it in their best interests to cater to the wishes of the White House, which have been very clear: â€˜this time, we want to strike Syria,â€™â€ McGovern concluded.

The US president, who has faced very weak support for his war plans, said on August 31 that his administration would first seek authorization from an already skeptical Congress.

Reports indicate a majority of Congress members are either against the planned strikes on Syria or are yet undecided. The mood in the Congress seems to mirror that of the general American public, which, polls show, is largely opposed to any US strikes on Syria.

Meanwhile, Syrian Foreign Minister Walid Al-Muallem said on Monday, September 9, that his country â€œwelcomesâ€ a Russian proposal to put its chemical weapons under international control. The Russian proposal was prompted by an apparently off-the-cuff comment by US Secretary of State John Kerry.

Following the new twist in the events, Obama suggested that the planned US strikes on Syria could be averted if the Syrian â€œgestureâ€ is â€œreal.â€ In televised comments, parts of a round of TV interviews meant to garner support for his war plans, Obama said it takes time â€œto tell whether this offer will succeed.â€ The US president has, therefore, asked the Congress to postpone a vote on his administrationâ€™s plan for strikes on Syria.

Obama, however, has said that the threat of American force would remain.

The UN, Iran, Russia, and China have been voicing strong opposition to the US plan for war. 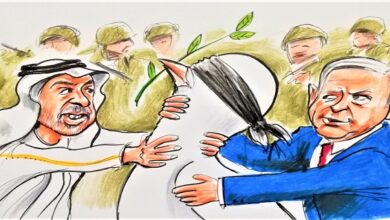 “Normalization”: Betrayal of Palestine by Arab despots no easy road

US threatens Iran: ‘All options’ is code for war crimes 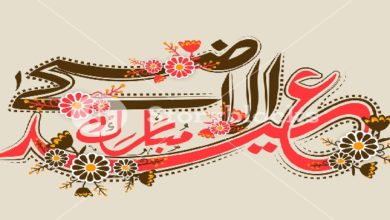 Eid-ul-Adha: Beyond the Slaughter!