While the world is being wrecked by terrorist acts of Wahhabi-Deobandi extremists right from Boston to Woolwich and Madrid to Kabul, a concerted effort is being made to hide the central role of the supremacist, totalitarian ideology that is being spread by Saudi Arabia.

Saudi Kingdom along with its protege states UAE, Qatar etc is an epicentre for spreading this supremacist ideology in the form of virulent intolerant strand of Islam, i.e., Wahhabi-Salafi ideology. In South Asia and Afghanistan, the Deobandi sub-sect is closely aligned with the Saudi Wahhabi-Wahhabi ideology.

All attempts to divert attention away from this core issue (i.e. the pursuit of worldwide Saudi Wahhabi Caliphate) are tantamount to intellectual dishonesty. Those who are a part of such obfuscation are either wittingly or unwittingly complicit in the Saudi Salafist agenda.

Saudi Arabia has invested billions of dollars from Indonesia to North America and from South Africa to Scandinavia in order to promote its Wahhabi-Salafi doctrine in the shape of mosques, madrassas, media, think tanks and advocacy groups.

Consequently in the global mainstream media, there is a coordinated and deliberate effort to hide, dilute and obscure the ideology of the Wahhabi-Salafi perpetrators of violence. Similar efforts are done to obfuscate the fact that terrorism in the West as well as in Muslim countries remains, in the main, a Wahhabi-Deobandi phenomenon.

A few cases of violence by other Muslim sects or sub-sects are very few and statistically insignificant. However the Saudi lobby and its propagandists inflate them out of proportion to hide the Wahhabi-Deobandi monopoly on violence. Indeed, Ahmadis are not hijacking planes, Shia Ismailis are not burning shrines in Mali, and Sunni Sufis are not gruesomely murdering British soldier in Woolwich.

An often used tactic by certain respected Western journalists (e.g., Declan Walsh of the New York Times, Sadanand Dhume of the Wall Street Journal etc) is to resort to sweeping generalizations and describe the Wahhabi-Deobandi militants as Sunni extremists. Besides dangerous stereotyping, this tactic also obfuscates the central role of the Saudi Wahhabi Kingdom which not only provides idealogical impetus to terrorists but also provides them with financial, moral and political support.

Another tactic is to use half truths in order to mask the guiding ideology behind terrorism.

A term that is being used by some sections of the mainstream media is the doctrine of armed jihad. This once again serves to hide the Wahhabi-Deobandi identity of terrorists. While it is fact that Wahhabi-Deobandi terrorists from Mali to Libya and from Syria to London make ample use of the Jihad ideology to justify and promote their violent agenda, however, the doctrine of armed Jihad is an insufficient and incomplete raison dâ€™etre for Wahhabi-Deobandi terrorism. Jihad literally means struggle, and is a tenant for all Muslims. Whose doctrine of armed Jihad? Internally Muslims are themselves suffering from this. There are plenty of examples of how Wahhabis-Deobandis justify violence against Sunni Barelvis, Shias, Ahmadis etc. It is neither homogeneous nor a unitary concept. In Islam, struggle within oneâ€™s sole and defining the moral compass from within is considered a bigger Jihad.

In contrast, the doctrine of armed Jihad (described as lesser Jihad) and has different interpretations and different significance for different sects. And the proof of this is manifested in statistics of terrorism from Mali to Mumbai and from Islamabad to New York. Look at the number of Sunni Barelvi, Shia or Ahmadi Muslims involved in an act of terror and compare that number with the number of Wahhabi-Deobandi terrorists (e.g. 9/11 bombers, Faisal Shehzad, Major Nadal Hasan, Bali Bombers, Madrid terrorists, 7/7 bombers, Woolwich and Boston attackers etc).

In fact the pursuit of a worldwide totalitarian Wahabi Caliphate is the primary root cause of religiously motivated violence in the name of Islam. Thatâ€™s why simply pointing out the notion of armed Jihad not only gives an incomplete picture but also masks the Wahhabi-Deobandi Takfiri agenda. Using the doctrine of armed Jihad to explain horrific acts of terrorism is intellectually lazy and politically useless.

Saudi-sponsored Wahhabi-Deobandi militants promote their agendas on two fronts through two different but interconnected tools. On the internal front, they use the notion of the Takfeer (apostatizing) to suppress and eliminate all non-Wahhabi non-Deobandi Muslims (e.g., Sunni Sufi, Shia, Ahmadi, Alawites etc). On the external front, they use the convoluted Wahhabi Salafist notion of armed Jihad to promote their violent agenda. However, armed Jihad is only a tool, not the objective. Anyone who condemns the tool but obscures the identity and guiding ideology of the perpetrator is either naive or intellectually compromised.

Also, it is important to note that Muslim Brotherhood in Egypt, Al Qaeda in Afghanistan and Iraq, Taliban in Pakistan and Afghanistan, Al Nusrah Front in Syria, Sipah Sahaba in Pakistan etc are different shades of the same Wahhabi-Salafi supremacist ideology. The central tenant of this supremacist ideology is to create artificial binaries between Muslims and non-Muslims and Sunni and Shia, therefore justifying murder and violence. Hence, simply stating that the doctrine of armed Jihad is the cause of terrorism is to put the cart before the horse. Even worse, this also completely obscures and hides the Saudi agenda that has the world in the grip of its fascist ideology today. 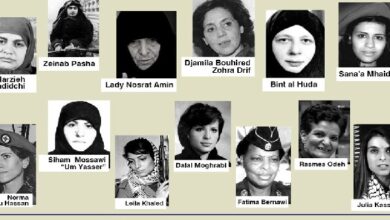 Women: The historical leaders of the fight against arrogance and oppression