There were thirteen bullets; nine killed her father, three hit her, and one punctured the school bag perched on her tiny shoulders. Semi-conscious after the attack, she could only muster enough strength to mumble her phone number to a face in the crowd which had now gathered around her.
It was a sectarian attack, claims the family. â€œIf we knew there were threats, we would have arranged for security beforehand.â€
On November 30, Syed Nazar Abbasi, and his daughter, Syeda Mehzar, were heading to the Al-Murtaza School, when two men came on a motorbike and opened fire. The case was initially highlighted by the media, and Mehzar was likened to Malala Yousufzai, for they were both young girls â€” the first going to school, the second coming back from school â€” but then it gradually disappeared, mainly because the family was not ready to talk.
When doctors first saw the 12-year-old, they patiently explained to the mother that her daughter would live on a ventilator â€” for life. The next 38 days were spent rushing her to the Intensive Care Unit thrice, switching on the ventilator, switching it off, waiting for something to happen.
Her condition was serious, a bullet had ruptured both her lungs, another damaged her spinal cord and yet another had skimmed past her wrist. She was still in shock.
â€œWhen she woke up she would twist her face in pain, scream, ask for her father. I thought she would lose her mind,â€ said her ailing mother, who has not left the hospital since that fateful day.
â€œI did not attend my husbandâ€™s funeral. How could I? I had a daughter to take care of.â€
The family prayed and asked people to pray. They demanded Mehzar be taken abroad for treatment. But when a team of doctors from the Chief Ministerâ€™s House visited her, they claimed her unfit to travel. What if she showed improvement, the mother cried out. The doctors smiled, implying miracles didnâ€™t happen. â€œBut miracles happen, my God and my Maula makes miracles happen,â€ insisted the mother.
A Facebook page was created, and there were prayers offered in mosques, temples and churches. â€œI do not know whose prayers were heard, but yesterday we witnessed movement in Mehzarâ€™s leg.â€

Criminal investigation
It took three days to register an FIR. â€œWe did not get time for the legal work, with the funeral of my father to organise and Mehzar fighting for life,â€ said Haider Zaidi, her brother.
A police officer visited the hospital a few weeks later. He wanted to meet Mehzar, but the family did not allow him. â€œMehzar does not know her father is dead. She is still in shock, cries when she sees unknown people around her, I could not let a policeman in uniform with a gun visit her,â€ said Zaidi.
There are questions that she wants answered, but when she opens her eyes, Zaidi shies away. â€œI canâ€™t face her,â€ he said helplessly.
It has been a month and the police are yet to make any â€œtangible progressâ€ in the case. â€œIt is because there are no clues,â€ said Ghulam Murtaza, DSP Ferozabad.
There were 20 people arrested and interrogated, but â€œno useful information was gatheredâ€.
â€œThe only closed-circuit camera available was at Jail Chowrangi and that too showed only half the road. There is no one to tell us what the attackers look like so that we can create a sketch. Even if someone could tell us what colour of shirt they were wearing, it will help.â€
But Zaidi disagreed. â€œThe incident took place in broad daylight on a main road in front of a huge crowd. There is a mosque nearby with a camera, a Rangers mobile is parked a few steps away.â€
The police alleged that banned outfits like the Sipah-e-Sahaba Pakistan were responsible for the act.

Mehzarâ€™s time in the hospital
She cannot talk much. It tires her. But she writes. Last time, she wrote an essay on her father, and attached a passport-size picture with it. â€œMy father is very nice. He cleans the house himself. Sometimes he is strict, but not too much.â€
Inside the Intensive Care Unit, she wrote a piece on the ICU. She drew her doctor, a stick figure with big dangling hands. She gave it to him when he made his daily round. He laughed, and told her to get well soon.
But when she asks about her dad, her mother hugs her and tells her, â€œBaba is very sick; he got hit by lots and lots of bullets.â€
Courtesy: The News Karachi 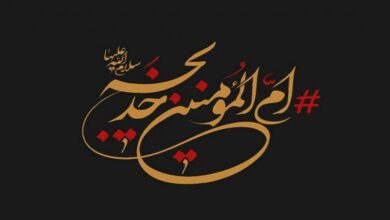 Training of terrorists destroying Syria, butchering Syrians will be carried out by Turkey