Pakistanâ€™s Taliban, one of the worldâ€™s most feared militant groups, are preparing for a leadership change that could mean less violence against the state but more attacks against US-led forces in Afghanistan, Pakistani military sources said.

Hakimullah Mehsud, a ruthless commander who has led the Tehreek-e-Taliban Pakistan (TTP) for the last three years, has lost operational control of the movement and the trust of his fighters, said a senior Pakistan army official based in the South Waziristan tribal region, the groupâ€™s stronghold.

The organisationâ€™s more moderate deputy leader, Waliur Rehman, 40, is poised to succeed Mehsud, whose extreme violence has alienated enough of his fighters to significantly weaken him, the military sources told Reuters.

â€œRehman is fast emerging as a consensus candidate to formally replace Hakimullah,â€ said the army official, who declined to be identified because of the sensitivity of the matter. â€œNow we may see the brutal commander replaced by a more pragmatic one for whom reconciliation with the Pakistani government has become a priority.â€

The TTP, known as the Pakistan Taliban, was set up as an umbrella group of militants in 2007.

Its main aim is to topple the US-backed government in Pakistan and impose its austere brand of Islam across the country of 185 million people, although it has also carried out attacks in neighbouring Afghanistan.

The militants intensified their battle against the Pakistani state after an army raid on Islamabadâ€™s Lal Masjid in 2007, which had been seized by allies of the group.

Mehsud, believed to be in his mid-30s, took over the Pakistan Taliban in August 2009. He rose to prominence in 2010 when US prosecutors charged him with involvement in an attack that killed seven CIA employees at a US base in Afghanistan. His profile was raised further when he appeared in a farewell video with the Jordanian suicide bomber who killed the employees.

Reuters interviewed several senior Pakistan military officials as well as tribal elders and locals during a three-day trip with the army in South Waziristan last week, getting rare access to an area that has been a virtual no-go zone for journalists since an army offensive was launched in October 2009.

Three senior military officials said informers in the Pakistan Taliban told them Mehsud was no longer steering the group.

Pakistan Taliban commanders did not respond to repeated requests for comment on the possible leadership change.

US officials said that while Rehman was Mehsudâ€™s natural successor, they cautioned about expecting an imminent transition. Mehsudâ€™s standing in the Pakistan Taliban might have weakened, but he still had followers, they said.

Washington has offered a reward of $5 million for information leading to the capture of either Mehsud or Rehman.

One Pakistan military official, who has served in South Waziristan for more than two years, said his Pakistan Taliban contacts first alerted him to Mehsudâ€™s waning power six months ago, when constant pressure from the Pakistan military, US drone strikes and poor health had hurt his ability to lead.

â€œRepresenting the moderate point of view, there is a probability that under Rehman, TTP will dial down its fight against the Pakistani state, unlike Hakimullah who believes in wanton destruction here,â€ said the military official based in the South Waziristani capital of Wana.

The official said this might lead to more attacks across the border in Afghanistan because Rehman has been pushing for the groupâ€™s fighters to turn their guns on Western forces.

Other factions within the Pakistan Taliban such as the Nazir group in South Waziristan and the Hekmat Gul Bahadur faction in North Waziristan have struck peace deals with the Pakistani military while focusing attacks on Western and Afghan forces in Afghanistan.

A change in the Pakistan Talibanâ€™s focus would complicate Western efforts to stabilise Afghanistan before most Nato troops leave by the end of 2014, said Riaz Mohammad Khan, a Pakistani diplomat who has held several posts dealing with Afghanistan.

The United States is already fighting the Afghan Taliban and the Haqqani network, which is based along the unruly frontier between Afghanistan and Pakistan and which is perhaps Washingtonâ€™s deadliest foe in Afghanistan.

The last thing US-led Nato troops need is a new, formidable enemy in the approach to 2014.

Such a shift in emphasis, however, could reduce the number of suicide bombings that have plagued Pakistan in recent years, scaring off investment needed to prop up an economy that has barely managed to grow since 2007.

At each otherâ€™s throats

The Pakistan Taliban, who are close to al Qaeda, remain resilient despite a series of military offensives. They took part in a number of high-profile operations, including an attack on army headquarters in 2009, assaults on military bases, and the attempted assassination of Pakistani schoolgirl Malala Yousufzai in October, who had campaigned for girlsâ€™ education.

The Pakistan Taliban were also blamed for the 2008 bombing of the Marriott Hotel in Islamabad which killed more than 50 people.

Under Mehsud, the organisation formed complex alliances with other militant groups spread across Pakistan.

But it has long been strained by internal rivalries over strategy. Mehsud has pushed the war with the Pakistani state, while others such as Rehman want the battle to be against US and allied forces in Afghanistan.

â€œRehman has even held secret negotiations with the Pakistani government in the past but Hakimullah always stood in his way, wanting to carry on fighting the Pakistani military,â€ a second Wana-based military official said.

The two were at each otherâ€™s throats earlier this year and hostilities were close to open warfare, Taliban sources said.

â€œDifferences within the ranks have only gotten worse, not better, rendering the TTP a much weaker force today than a few years ago,â€ the second military official said.

A source close to the Taliban told Reuters there had been months of internal talks on the Pakistan Talibanâ€™s decreasing support among locals and fighters in tribal areas where the group has assassinated many pro-government elders.

â€œThe Taliban know they are fighting a public relations war, and under someone like Hakimullah, they will only lose it,â€ added the source, who declined to be identified because he was not authorised to speak to the media.

It isnâ€™t clear whether Mehsud will hand over the leadership to Rehman without a fight.

A power struggle could split the group, making it more difficult to recruit young fighters and also disrupt the safe havens in Pakistan used by Afghan militants.

According to accepted practice, a leadership council, or shura, will ultimately decide whether to formally replace Mehsud with Rehman.

Intelligence officials said Mehsud had not commanded any recent operations, including an August 16 attack on the Minhas Airbase in Pakistan and a suicide attack on a street market in May that killed 24 people.

Military sources said Rehman planned the April 15 jail break in Bannu in Pakistan that freed 384 prisoners, including an estimated 200 Taliban members and an al Qaeda-linked militant who had attempted to assassinate former president Pervez Musharraf.

Intelligence officials in the area said Mehsudâ€™s brutality had turned his own subordinates against him, while the more measured Rehman had emerged as the groupâ€™s primary military strategist.

â€œIf a leader doesnâ€™t behave like a leader, he loses support. For the longest time now, Hakimullah has done the dirty work while Waliur Rehman is the thinker. Taliban fighters recognise this,â€ said the first Pakistani military source.

â€œ(Mehsud) used to work 24 hours a day, tirelessly. But he would also put a gun to anyoneâ€™s head and kill them for his cause,â€ said a local shopkeeper who has family members involved in the Pakistan Taliban.

Mehsud gained his reputation fighting with the Afghan Taliban against US and allied forces in Helmand province in Afghanistan. He was later given command of Taliban factions in the Bajaur, Orakzai, Khyber and Kurram regions.

He took over the Pakistan Taliban after a weeks-long succession battle with Rehman following the death of Baitullah Mehsud in a drone strike. The two Mehsuds were not related. 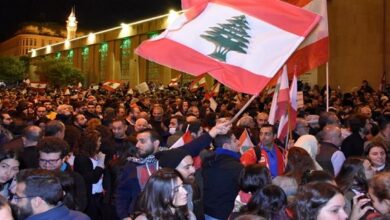 Lebanon, Center Of New Plot Against Axis Of Resistance