the identity and dignity of Muslims.

One of the objectives of the first conference on â€œShia Geopoliticsâ€ is discussing the role of Shiâ€™ites in reviving the identity and dignity of Muslims.

This is according to Mohammad Reza Hafeznia, secretary of the first â€œShia Geopoliticsâ€ conference and president of Iranâ€™s Geopolitics Society, who, speaking in a press conference on Wednesday, added that the conference will also feature discussions on how Shiâ€™ites can maintain their role in upholding Islamic identity.

He said Shiâ€™ism is a multi-dimensional phenomenon each of whose aspects can be the subject of a separate field of knowledge.

Hafeznia noted, however, that the Islamic Revolutionâ€™s concern from the beginning was nit Shiâ€™ites only but the entire Muslim world.

In the discourse of the Islamic Revolution and its formal documents such as the Constitution of the Islamic Republic of Iran, Shia Islam is the starting point to reach Islamic dignity, he said.

Referring to the first conference on â€œShia Geopoliticsâ€, Hafeznia said it seeks, among other things, to serve as a venue for Shiâ€™ites themselves to study Shiâ€™ism.

Another goal of the conference is to identify the potentials and challenges before Shiâ€™ites so that they can play their role as an awareness-giving force and mobilize the Muslim world against the domineering system.

Also speaking at the press conference was Seyyed Abbas Ahmadi, secretary general of the first â€œShia Geopoliticsâ€ conference. He said 320 abstract papers have been submitted to the secretariat of which 270 were accepted.

He added that great scholars and thinkers including Ayatollah Akhtari, Ayatollah Aâ€™rafi, Rasoul Jafarian, and Seyyed Yahya Rahim Safavi will take part in the conference, which is slated for Tuesday and Wednesday, November 6-7.

A dictionary reference to war on ISIS

Imam al-Ridha s Words on the Sign of the Imam 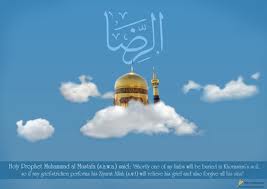