Once again the suggestion to hold negotiations with Taliban is being urged and pleaded forcefully by the NATO countries in particular by the US leadership, as well as by some of the political leaders and intellectuals in Pakistan. It is surprising that all these advocates of negotiations either consciously or unconsciously forget the fact that this exercise was undertaken repeatedly on the pretext of â€œNational Â Interestâ€ by General Pervez Musharraf, who had signed about five or six agreements with various groups of Talibans and the extremist religious terrorists forces such as â€œFazal Ullahâ€, during his long dictatorial rule. It would not be prudent now to ignore the consequences of the repeated agreements signed by Pervez Musharraf and even by the present elected Government in May 2008, which were totally in favour of Taliban. The catastrophic impact of all these agreements with Taliban is rise and rise of intolerance, militancy and terrorism in more and more territories of Pakistan.

The term â€œTalibanâ€ being used here is inclusive of all their factions, groups of Al-Qaeda and all the extremists, militant religious or Jihadi forces under whatever name or banner. In my view they are all the same. They all indulge in terrorism. They all have the common object of taking over state of Pakistan through terrorist activities. They all denounce other sects of Muslims as â€œKafir, Wajibul Qatalâ€. Their different names with any prefix or suffix of Lashkar, Sipah, Jihadi or Tableeghi etc., do not matter.

Now that the same suggestion is being actively pleaded, the supporters of this suggestion must answer the most pertinent questions. First are Taliban willing to hold negotiations? I find no credible evidence to this effect. Secondly, why none of the pleader ever demands cessation of terrorist activities in Pakistan by Taliban as a condition precedent to negotiations? Thirdly, what would be the agenda of negotiations ? Suppose if Taliban agree to hold dialogue, will they agree to abandon and denounce (a) terrorism; (b) their peculiar believes in the name of Islam and the policies that were followed by Mulla Omer in Afghanistan ? Will the Taliban allow education to women, music, films, video shops, barber shops, television, photography, sportsmen wearing shorts, judiciary, democracy and democratic institutions such as are in Pakistan? Will the Taliban respect the historic monuments, places of worship and rights of the minorities without any discrimination and forcing them to wear any kind of mark of distinction? Will the Taliban respect all other sects of Muslims and allow them to freely practice all their religious rites and ceremonies without being branded as â€œKafirâ€ or â€œWajibul Qatalâ€.

It is not expected of the Taliban to give answers in affirmative to these questions. Then the question arises that on what basis the negotiations are expected to be concluded? Are the advocates of this suggestion on the other hand willing to adopt the peculiar religious believes, policies, norms and practices of Taliban which were in vogue under the rule of Mullah Omer? Is it possible to spell out the meeting points of negotiation with Taliban without subjecting the people of Pakistan of the beliefs and policies of a negligible number of Taliban in Pakistan.

There are no two opinions that Pakistan is at war with Taliban from within. The worst and longest war causing unprecedented and incalculable devastation in Pakistan. Never before our law enforcement agencies particularly our arm forces, paramilitary forces, police etc., had to sacrifice thousands of the lives of their officers and soldiers at the hand of Taliban. Never before so many thousands of innocent citizens became victim of the attacks unleashed by Taliban. Never before sense of insecurity of the life and property of the citizen as well as of the integrity of our country loomed so large. Never before Pakistan suffered such immense destruction of our economy, political, social, cultural life and sports.

Pakistan is facing the worst challenges from three fronts. Firstly the US and NATO countries are emphasizing that their war is against Al-Qaeda. They are drawing a naive, illogical and untenable distinction between Al-Qaeda and Taliban. Meaning thereby that their war against terrorism is confined against Al-Qaeda only. As far as Talibans are concerned, is the headache of Pakistan mainly. The US is eager to strike a deal with Taliban through negotiations.

Second category of serious threats are from hostile Afghanistan who is openly abusing and condemning Pakistan and its agencies which are being treated as â€œKnown Enemyâ€ of Afghanistan. At the same time it is a matter of grave concern as reported in the â€œThe Newsâ€ of July 3, which has published a statement of ISPR Spokesmen Major Gen. Athar Abbas to the affect that â€œA US pullback of troops from northeastern Afghanistan over 20 months has let Taliban establish bases in the area and carry out unusually large attacks on Pakistan in recent weeks, the Pakistan Army saidâ€. It is therefore, imperative that Pakistan should also seal its borders with Afghanistan to prevent insurgencies and smuggling from Afghanistan, to the detriment of Pakistan. If Iran can seal 90% of its long borders of over 1800 kilometers with Pakistan and Afghanistan, I see no reason why we cannot achieve the same. Of course all NATO countries particularly the USA will have to extend the required financial and material support to Pakistan, if they are sincere ally of Pakistan in the war against terrorism. After sealing of the border, Afghanistan would not be able to blame or accuse Pakistan of allowing terrorists to enter in its country.

Thirdly, it is no longer a secret that some of the Arab countries are supplying finances and weapons to Taliban. This they cannot do without the consent of the USA. Pakistan must use all its diplomatic influence to persuade such Arab Countries and the USA to withdraw all the help and support to Taliban in cash or kind.

To meet the challenges emanating from the said three fronts, it is high time that Pakistani establishment and its political leaders must completely abandon the most detrimental strategy and policy of Gen. Musharraf who was consciously patronizing and strengthening the Taliban including Jihadis, religious militant forces professing a peculiar brand of belief and determined to takeover the state of Pakistan through terrorist methods. None of the Jihadis, Taliban or religious extremists have ever been an asset nor Afghanistan have ever been â€œstrategic depth of Pakistanâ€.

I have no doubt about the ability, competence and strength of our armed forces to confront, defeat and eliminate all kinds of terrorists, (ethnic or sectarian) and all groups of Talibans or Jehadis, from the soil of Pakistan. Our armed forces do not lack the competence, weapons and equipment of surveillance to track down and destroy the supply line and strength of these enemies within Pakistan. It is for this confidence in our armed forces that I am unable to find any convincing reason for this unending war from within. The reports that there are some insurgents/supporters of Talibans within the ranks and files of our establishment, even if true, but they are not likely to be in a significant number. Our establishment and armed forces have to be purged of all such militant extremist elements with a message of zero tolerance for them.

It is crystal clear that Pakistan and Taliban cannot coexist. If the Taliban are allowed to survive and increase their hold in Pakistan, it would amount to negation of Pakistan and negation of Quaid-e-Azamâ€™s dreams, vision, philosophy and commitments as well as the objects and purposes for which Pakistan was created. Hence, we have no option but to cleanse Pakistan of all the Taliban groups, extremist obscurantist religious forces and all kinds of terrorists, so that Pakistan can be made a non violent, peaceful, moderate, tolerant, progressive and modern state.

Of guilt and goodbye: Too late to thank my Professor 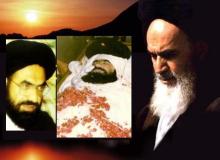 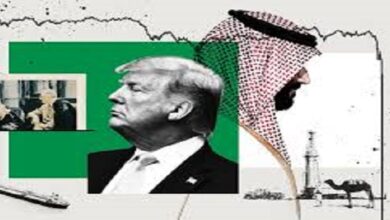