The conflict raging in Yemen since June 2004 between the government and Zaidi separatists in the North was escalated in mid-August with the Yemeni Government launching a massive assault on Zaidi separatist positions in the northern region of Saada. The operation against the Houthis (Zaidi separatists) was dubbed â€œOperation Scorched Earthâ€ leaving very little question as to what its intentions were.

How Did This Conflict Begin?

The Northern Rebels known as Houthis began a revolt in 2004 against the Yemeni Government in Saada near the Saudi Arabian border. The rebels are revivalists Zaidis from a branch of Shia Islam and ruled Yemen until a 1962 coup removed them from power. The Zaidi sect makes up 40% of the Yemeni population and is the majority in the Northern region where the fighting is taking place. The Zaidis in Yemen have for long been economically and religiously repressed by the government which is occupied by mostly those who lean towards a Salafi inspired version of Islam closely resembling Saudi-style extremism.

Although the President of Yemen, Ali Abdullah Saleh is himself a Zaidi; he took has taken part in the repression of the sect. He has openly aided Salafi groups against the Zaidis in the North for political and sectarian reasons. Since the 1980s, Salafis in Yemen have been fighting the Houthis in the North and destroying their religious shrines; while embarking on a campaign to convert Zaidi youth to Salafism.This divide-and-conquer approach by Saleh is used to of restrict potential opposition groups to being dependent on government support for the foreseeable future. In Saada, it was decided that that Zaidis were more of a threat to the government than the obtrude Salafis.

The Yemeni government has consistently provided different rationale for fighting the Houthis. At this point, it appears that the prospect of an autonomous Zaidi governed region in the North poses a threat to the very existence of Saleh’s destitute power grab.

What’s At Stake in Yemen?

The current situation is nothing less than a threat to the entire status quo in the Middle East. With President Salehâ€™s 30 year rule appearing to be weakened, Saudi Arabia has taken it upon itself to intervene to contain the Houthis. Saudi Arabiaâ€™s Wahabi Monarchs are distraught at the possibility of the Houthi Shia revolt spreading the border from Yemen to Saudi Arabia to entice the passions of its own marginalized and oppressed Shia population located near the Eastern province in Qatif and Al Ahsa.

Saudi Arabia has denied charges made by the Houthis that its warplanes have bombed Zaidi positions in Saada, but has openly supported the elimination of the Zaidis in Yemen. More recently, reports emerged linking Egyptian aid to the Yemeni Government in its struggle against the Houthis.

Before addressing the rapidly deteriorating refugee situation caused by the crisis; we need to keep in mind that Yemen is the poorest Gulf country. About 35 percent of Yemen’s 23 million people live in poverty and it is plagued by bureaucratic corruption. These elements have set the stage for one of the worst humanitarian crises witnessed in years.

After nearly two months since the latest government offensive against the Houthis in the North, over 100,000 civilians have been displaced due to the fighting. On September 17, the Yemeni air force was accused of killing dozens of civilian refugees in a raid on a refugee camp in Northern Yemen.

In recent days, the United Nations has strongly criticized the Yemeni government for sending refugees to camps located near intense fighting. “Over the past three days there has been some shooting in the vicinity of the camp, which also prevented staff from getting to the location. We don’t want to see any new internally displaced persons being brought in and potentially harmed,” said Andrej Mahecic, spokesman for the United Nations High Commissioner for Refugees (UNHCR).

Many aid organizations are also alarmed, that despite continuous requests; there has been no safe route for humanitarian workers to work inside the country. The United Nations also believes that there may be thousands of civilians trapped inside Saada with limited access to clean water, electricity, and basic supplies. Those able to flee the warzone are facing difficulty crossing the border into Saudi Arabia who is breaking International Asylum laws by turning away asylum seekers and forcing them to return to places where they are in danger of suffering vast human rights violations.

What Are the Prospects of Peace?

Over 5 years of fighting has taught us that the there is no military solution to this struggle. The Yemeni government is convinced it can bomb the Houthis into submission even after witnessing this strategy fail year after year. On the other hand, the Houthis continue to rely on using weapons to obtain autonomy from the Yemeni Government. Lost in the midst of these two widely varying goals is the civilian population forced to bear the brunt of the war.

Neither sides of this war have the political leverage to give in to the demands of the other. At the same time, a thriving war economy benefits certain members of the country, in return, these members maintain a towering influence that wishes to see the war continue. As such, the impetus is on the global community to push for a peaceful solution to the crisis and to convince both sides that the military phase must be done away with in favor of a long lasting political solution

Why Is ISIL Still Connected to Global Financial System?

35 years on, Islamic Republic sturdy as ever 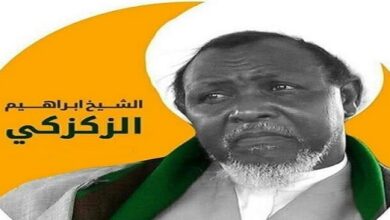 Assessing the IS threat