Nigeria is the most populated African state with a population of about 170 million. Being a federal republic located in West Africa, the country also holds the title of the third-largest Muslim nation. Nigeria is home to the largest community of Muslims in Africa, with the north of the country being the center of their concentration. The state also features the broadest ethnic diversity in the whole of Africa and the world, with some 250 ethnic groups living in the country. Such ethnical miscellany has been a source of troubles for the nation. Before the advent of Islam, a majority of the Nigerians were nature worshipers.

There are two theories about how Islam went into Nigeria. Some argue that this religion arrived immediately after the death of the Muslim Prophet Muhammad (PBUH) in mid-6th century while others argue that its arrival was in the 13th century when the Muslim businessmen traveled to northern Nigeria for trade. Islam in West Africa is Sufi in nature, which is often defined as Islamic mysticism.

The tropical climate and dense forests gave Nigeria special climate conditions and made it inclined to host refined faiths. Thiswas perhaps the essential reason behind the open-handed reception of Shiite Islam in the region. The migration of imamzadehs, or the decedents of the Shiite imams, to Nigeria, as well as the rise of Idrisid and then Fatimid dynasties effectively contributed to Islam’s spread in Africa in general and Nigeria in particular.

The first period began before 1994, when the Shiites of the country were largely marginalized and unknown. At the time, their population hardly exceeded 500,000.

The second period was after 1994, the year the Islamic Movement in Nigeria, inspired by the Muslim Brotherhood movement in the Arab world, was founded. Some of the Shiite converts broke with the movement and migrated to other African states, a process helped Shiite to grow across Africa.

And the third period largely owes its emergence to an Islamic awakening process that started in 1991. In this era, the Shiite faith was well received by the Nigerians and expanded markedly, to an extent that despite a heavy blackening campaign and mistreatment of the converts, the Shiites population went beyond 7 million. The anti-Shiite abuses, in fact, bore the reverse and even sharpened the people’s will to convert.

The grounds for expansion

There was a set of factors in Nigeria that paved the way for the Shiite Islam to emerge. Until 1980, there were about 5,000 immigrant Shiites, dubbed Khoja, living in Nigeria. Having in mind that the Khojas dwelled in the western coastal areas of Africa, they had a great role in the promotion of the Shiite thought in Nigeria.

The second factor was the Lebanese Shiites who offered great services to the Nigerian Muslims. In 1991, when Abuja replaced Lagos as the country’s new capital city, the Lebanese families headed to the new capital and became a source of Shiite ideology growth in the city.

And the third factor was the Sufi cults. A majority of the African Muslims hold Sufi tendencies. Sufi tariqas (orders) such as Tijannyah and Qadiriyya which have a major presence in the country bear special respect for the Ahl al-Bayt. According to Shiites Ahl al-Bayt, literallyPeople of the House, are Prophet Muhammad and his successors.

Since the initial years of migration, the imamzadehs enjoyed a special position in the regions where the two tariqas had supporters. The imamzadehs were called “shorafa”, or nobles. Such a climate apparently had hand in the proliferation of the Ahl al-Bayt thoughts among the Nigerians.

Shaihu Usman dan Fodio, a religious teacher and Islamic promoter, founded an Islamic government in the style of a caliphate in the 18th century. His government profoundly ushered in an Islamic renaissance in the West Africa, Nigeria, and Central Africa. After 100 years of prosperity, the British colonizers finally put an end to Fodio rule in 1902. The country fell victim to the British Empire’s colonization until 1960. Despite the fact that he identified himself a Sunni and leaned to Sufism, Fodio showed great respect for the Shiite imams, particularly Hazrat Fatimah, the daughter of Prophet Muhammad. He also cherished and supported the advent of last Shiite Imam and world’s savior Imam al-Mahdi, and had his say on the belief in a book dedicated to the case. His Sufi inclination combined with his penchant for Imam al-Mahdi managed to win over many Nigerian people.

And the fourth factor has to do with the Muslim businessmen. Highly virtuous, they prepared the ground for the Shiite to spread there. They also spurred expansion of this Islamic faith to Uganda, Zambia, East and Central Africa. The Muslim traders transferred attractive traditions along with the Shiite faith to the region that have remained woven with the people’s culture.

Sheikh Ibrahim Zakzaky is the spiritual leader of the Shiite community in the country. The 64-yyear-old cleric is from Zaria, a city in northern Nigeria. He came from a Maliki Sunni family but later embraced Shiite Islam. From 1971 to 1975, he moved to the city of Kano for higher education in socio-politics and economics in University where he gained room to engage in Islamic activities. He, at the same time, became secretary-general of Surah Islamic Association in the country. Sheikh Zakzaky was repeatedly imprisoned in the 1980s and 1980s by various governments under various excuses. He was one of the key organizers of the nationwide student protests which demanded that government include the religion’s law in the reviewed version of the nation’s constitution. The peak of his activism coincided with the Islamic Revolution in Iran that brought down western-backed Pahlavi monarchy. Zakzaky was deeply influenced by the ideals of Iran’s Islamic Revolution and its founder Imam Khomeini.

In 1980, Zakzaky as deputy head of the International Affairs of the Muslim Association of Nigeria traveled to Iran to take part in the first anniversary of the Iranian revolution. Before his trip to the Islamic Republic of Iran, Zakzaky had expressed his interest in founding an Islamic government in Nigeria. However, he compromised his Islamic government views after Iran visit to a focus on unifying the Muslims of the country. Reportedly, some 12 million Nigerians embraced Shiite Islam due to Sheikh Zakzaky’s activities. Such achievement rendered the country’s extremist groups to attack him repeatedly. In 2014 Quds Day rally, an annual event held on the last Friday of Ramadan to express support for the Palestinians and oppose Zionism, three children of Zakzaky were detained by the Nigerian police. The army in December 2015 assaulted his house and a next door Hussainiya, a congregation hall for Shiite commemoration ceremonies, under the ruse of plotting to assassinate the army chief. During the raid, at least 350 of Zakzaky’s followers and three of his sons were killed, while Sheikh and his wife who sustained serious injuries were detained. Some reports put the death toll from Nigerian army’s massacre at over 1,000 people.

A year later, the Nigerian Supreme Court ruled him free, but the military has declined to comply with the ruling to date.

The Islamic Movement of Nigeria was founded by Sheikh Zakzaky in the early 1980s. The organization was meant to serve the Shiites of the country socially, culturally, and educationally. Based in Zaria, the movement has so far established a series of charities and clinics. Here is a short list of them:

– AL-Shuhada Institute: Set up in 1992, the institute is aimed to serve the families of the martyrs and the orphans.

– Health Institute: The charity was founded in 2001 and presents medical services.

The Movement holds religious ceremonies such as the Arabaeen marking. Arbaeen is a religious observance that occurs forty days after the Day of Ashura that marks the martyrdom of Husayn ibn Ali, the grandson of prophet Muhammad, who was killed on the 10th day of the month of Muharram.

In November 2016, the people held Arabaeen march in Kano. Motivated by anti-Shiite incitement, the army opened fire at the time on the Shiite mourners, killing hundreds of them.

Unlike some extremist groups active in Nigeria like Boko Haram or Izala Movement which is influenced by Saudi-sponsored Wahhabism, the Islamic Movement takes a moderate course and works on exhibiting the peaceful face of Islam and Shiite faith.

Before the Zaria massacre of the Shiite mourners which left hundreds of people dead, the Saudi-backed television channels had launched a heavy propaganda campaign against the Shiites. They cautioned the Nigerian officials against a big increase in the Shiite population of the country and the activities of the Islamic Movement.

Following the assumption of power by Buhari, a Muslim politician, Saudi Arabia found a wider ground for getting a toehold in Nigeria. Saudi Arabia offered the Nigerian president a set of aid packages and other privileges in a bid to get him on its side. He is said to have warm relations with Salafi and Wahhabi groups in the country. Sources familiar with his orbit suggest that some of his aides and advisors enjoy the full favor of the kingdom. They have long-stay trips to Saudi Arabia and hold private meetings with the Saudi rulers and muftis.

The Izala movement’s leader, who holds strong anti-Shiite stances, is appointed the representative of Nigeria in the meetings of the Saudi-funded and based World Muslim League which was founded by the kingdom in the 1960s. He was a member of the consulting body of the Islamic University of Madinah and received a reward for his service from the incumbent King Faisal in 1978.

The highly varicolored social structure of Nigeria automatically causes challenging social gaps in the country. Group disputes, triggered by ethno-sectarian differences, even add to accumulated hostilities. The government and army, with their vividly discriminatory clampdowns, even expand the division and consequently lead to intensified instability.

Repressive measures against groups like the Islamic Movement which peacefully seeks rights to engage in the politics putting up with militant groups such as Boko Haram, which also reportedly purchases arms from the army, tips the scales to the radicals’ advantage. Izala and Boko Haram are foreign-supported and during the past years have been a source of the nation’s destabilization. Repression of the Islamic Movement is, in fact, an impairment of a popular movement which with civil and social approaches seeks to eradicate cultural and economic poverty. The fast rise in the number of its loyalists well reflects its deep roots and humanitarian and popular policies. Sheikh Zakzaky has always positively approached Sunni faith and did his best to facilitate Shiite-Sunni unity and peaceful co-existence with the Christians and other ethno-religious communities. Other influential figures at the Islamic Movement hold the same line of approach. Self-restraint in the front of the army’s pressures depict the Movement’s peacefulness, contrary to the Salafi and takfiri groups which are involved in organized crimes and violence against the military and central government. Islamic Movement founded education and medical centers to provide service to the Nigerians.

Analysts suggest that the takfiri groups have no base in Nigeria and they do abuses to gain ground in the country. While the Islamic Movement is now an entrenched element of the Nigerian society, the Salafi groups are grappling with social inconsistency and identity crisis. 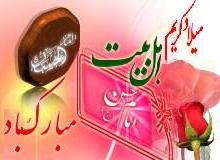 Safoora Carnage : Ideology Of Hate is main cause of Radicalization

From Lebanon to Afghanistan, Sayyed Abbas: the Leader, the Fighter, the Martyr