After Iran, Azerbaijan is the second country with the largest Shiite Muslim population in the world. The country is home to a diversity of minorities as Sunni Muslims, Bahais, Wahhabis, and Jews. However, the Shiites remain accounting for nearly 85 percent of the population of the former Soviet republic.

When the Soviet Union collapsed in early 1990s and independent Azerbaijan was established, the Aliyev family chose to rule the country with a secular political system, however religion has remained a top describing feature of the Asian Country. In the half-Asian half-European country, the people, especially the Shiites, faithfully observe religious laws.

Nevertheless, the religion has faced deep challenges for decades in Azerbaijan including the anti-religious communism, Aliyevs’ anti-Shiite policies, and very recently the anti-Shiite abuses that mainly serve the American and Israeli agendas in the region.

Azerbaijan was just one of the many republics that for decades lived under the yoke of the Soviets. Marxism and communism, the main ideologies of the Soviet Union rule, were anti-religious in nature, making the nation follow the leading ideology. This stood as the biggest challenge for the Azerbaijani Muslims, especially the Shiites, during several decades of the Soviet rule.

But this strict counter-religion agenda of the Soviet ideology failed to make faith diminish among the Azerbaijani people, and with the Soviet Union’s demise, faithreturned to the social life scene, even stronger.

Second challenge the Muslims of Azerbaijan faced after fall of the Soviet rule was rise of the secular President Heydar Aliyev followed by his son Ilham Aliyev. In post-Soviet period nobody expected restrictions on the religion in Azerbaijan, but the Aliyev family who already were under effects of the communism’s anti-religious nature and ideology even intensified crackdown on the religious nation as they set up relations with secular Western world. Under the cover of implementing the Western-backed policy of separation of religion and politics, the Azerbaijani ruling elites clamped down on the Shiites in their country.

The country several times witnessed bloody clampdowns against the Shiites, and many clerics were arrested. In 2011 and 2012, the government detained an array of clerics who spoke out against holding the Eurovision Song Contest in the country. In 2015, the government grew fear of staging a massive Ashura mourning ceremony by the Shiite Muslims in Nardaran settlement, 25 kilometers northeast of the capital Baku. Clashes ensued as the government forces banned the Shiites gathering, destroyed several mosques, and detained prominent Shiite figure Taleh Bagirzade, the leader of Movement for Muslim Unity.

The crackdown continued in Azerbaijan in 2016 and 2017, with the Shiite clerics studying abroad, like Sheikh Sardar Haj Hasan Ali who has been studying in Iran, were charged and arrested. The iron fist policy of the government was underway while it declared the 2016 as the “year of multiculturalism.” The so-called cultural diversity policy did not respect the majority Shiites as cracking down on them continued and only the minorities like the Wahhabis, Bahais, and Jews were granted broader freedoms.

The anti-Shiite campaign of the Azerbaijani government has a more important drive. For the Israelis and Americans, the Shiites’ power gain can be source of risks and pressures. Years ago, the American-Israeli-Saudi bloc raised the “Shiite crescent” theory which warned that an axis of allied Shiite countries is in the making. The aggressive theory was cultivated to provoke public opinion against the Shiites and their leadership in Iran with the aim of abuses against them.

But the plan delivered the reverse as regional developments show fast growth of the Shiites’ power. The Shiite Iran now plays a crucial role in the regional developments. The Shiites in Iraq have now the upper hand, as some Shiite forces like the Public Mobilization Forces (PMF), a major anti-terror force formed in opposition to ISIS terrorist group in Iraq, now hold an indispensable sway in the country’s anti-terror fronts. The Shiite Hezbollah is an influential and powerful movement in Lebanon.

But the main showcase of the Iran-led Axis of Resistance’s achievements are the front lines in Syria and Iraq through a bloc gathering together Iran, Iraq’s Shiite forces, and Hezbollah, backed by the allied Russians. These triumphs arouse the ire of the Americans and their regional allies who seek blocking further successes.

Abusive approach to the Azerbaijani Shiites is just one option the US is resorting to the strength of the pro-Western Aliyev government to deal a blow to the Resistance camp. In fact, the new challenge facing the Azerbaijani Shiite people is that they fall victims to a US policy that aims at putting strains on the Shiite rivals elsewhere. This is to say that the anti-Shiite abuses are originally an American scheme meant to challenge and overshadow the Shiites’ gains in battle against regional terrorism represented especially by ISIS. 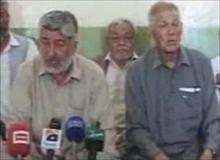 Sheikh Zakzaky narrates how the military targeted his sons

Russia vs America over Asia; Cooperation or Confrontation?