On August 7, 1979 the founder of the Islamic Republic of Iran Imam Khomeini declared the last Friday of Ramadan as Quds Day, emphasizing on marking the day every year to support the Palestinian people against the Israeli regime and international capitalism.

Since that time, the day is marked annually in Iran and other Muslim countries in a bid to keep the Palestinian cause alive as the top case of the Muslim world.

However, in past few years, the regional conditions have undergone deep changes, overshadowing the Palestine case and how it is regionally and globally viewed.

The analysts suggest that this year’s Quds Day is even more significant than before for some reasons:

When Syria and Iraq became target to ISIS and other takfiri groups’ hostilities a couple of years ago, the whole West Asia region became busy with reactions to a wide-ranging crisis. The atrocities of these terrorist groups sent all of the regional states into a state of fear and concern, and paved the way for foreign powers to intervene in the region.

Now and despite the anti-terror successes of the Axis of Resistance, led by Iran and covering a set of countries like Syria and Lebanon, the whole region is grappling with the terrorism challenges while Palestine, once a priority for the Muslim countries, has been marginalized as a cause. This has, in turn, facilitated Tel Aviv crimes such as launching anti-Palestinians military campaigns, building settlements in Al-Quds (Jerusalem), and Judaizing the holy city.

In these conditions, the Quds Day rallies are held to call attention of the public opinion and the governments across the Muslim world to the Palestinian struggle and remind them of the fact that as ever it should remain the top priority and give the Israelis no repose.

At the present time, new alliances are established by various regional sides with a consideration of their interests in the crisis-hit Iraq and Syria. Saudi Arabia and Egypt, once claiming support for Palestine and avoiding any official relations with the Israeli regime, now are siding with Tel Aviv against Iran, a key patron of the Palestinians and their cause, and gradually normalizing diplomatic relations with the Israelis in a rivalry between them and the Tehran-led Resistance camp.

Staging Quds Day marches affects the pro-Israeli Arab sides’ public opinion, as it signals support for the uncompromising Palestinian groups and tells them they are not alone. These rallies are also a warning to the Arab regimes not to set heart on thaw with Tel Aviv while the people across the Muslim world are against any normalization with the Israelis, especially that this popular opposition is on the rise.

The plan to establish a Palestinian state beside an Israeli one within pre-1967 borders has been under negotiation by political circles in the region and beyond as a settlement process for the Israeli and Palestinian struggle. Particularly backed by the US, the plan has been under focus more than ever recently. It has full support of the Western sides as it has some proponents in the Arab world who can yield to the process.

On the other side, during a late May visit to Tel Aviv, the American President Donald Trump raised the relocation of the American embassy from Tel Aviv to Al-Quds, promoting the Israeli agenda that the latter is the capital of a Jewish state and offering a full support to the Israelis in their conflict with the Palestinians. The plan, however, was suspended due to possible backlash and aversion to the US the move could provoke across the Muslim world and specifically among the Palestinian groups. The Analysts note that the relocation suspension could be interpreted as a signal of support for the two-state solution to go ahead.

But the anti-Israeli Palestinian sides decline to accept a Palestinian state with pre-1967 borders, arguing that the whole Palestinian lands should be liberated from the Israeli occupation.

As the Palestinian cause has been the central issue of the Muslim nations, the Israeli threats have been recognized as posing the biggest danger. Israeli usurpation of Islamic lands, massacring the Muslims in Palestine and elsewhere, and eruption of Israeli-Arab wars prove existence of Israeli risks. But to cover up crimes and shift the aversion to its enemy Tehran, Tel Aviv staged Iranophobia and Shiitephobia campaigns.

Expanded Iranian role and influence in the region that caused conflict of interests with such Arab countries as Saudi Arabia in hotspots like Syria even contributed to the Israelis’ efforts to spread Iranophobia across the region. This, in turn, designated Tel Aviv as a candidate to receive support of Riyadh and other Arab regimes in the face of Tehran. With this in mind, the Quds Day is reminiscent of the Israeli jeopardies to Muslim world. Iran’s leading of the Quds Day rallies lays bare the fact that Iran is not the enemy of the Muslims, rather it is a major Muslim nation with heavy weight in pro-Palestinian efforts.

Division in the Muslim world

The past years’ crises have led to divided Islamic countries instead of their unity against the perils of the devastating terrorism. The regional conditions are now unpredictable, with the unity of the Muslims falling to the lowest rate. The Quds Day can very well carry a message of unity for the Muslims as it points the finger at a common enemy like the Israeli regime and reminds of the oppression against the Palestinians. The day calls for Muslims’ unity against the overbearing powers and warns of internal confrontation.

These challenges highlight the importance of this year’s Quds Day marking that can assure positive effects on the Muslim world. 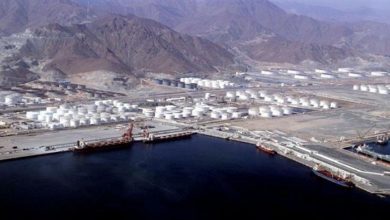