If generosity could indeed be measured, then Iraqis are the world’s most generous to strangers, according to a new global index of charitable giving. Largely contributing to this designation is the generosity exhibited by millions of Iraqis toward pilgrims during the Arbaeen, which marks the end of a 40-day mourning period following Ashura, the religious ritual that commemorates the martyrdom of Imam Hussein Shiites third Imam and the Prophet Mohammad’s grandson in 680 AD.

Eighty one percent of Iraqis reported helping someone they didn’t know in the previous month, in a global poll commissioned by the Charities Aid Foundation (CAF).

Notably, Iraq has twice been ranked top in terms of helping strangers in spite of the country’s instability and rampant violence.

Retaining the value of hospitality from their Arab ancestors, Iraqis are particularly keen on displaying their generosity –which stems from an inherently generous culture—during the annual commemorations of Arbaeen.

However, the main drive for this bounteousness is their love and devotion for Imam Hussein, who was martyred in the holy land of Karbala 1400 years ago and whose memory is honoured in the event.

As millions of pilgrims from all over the world converge on Karbala to visit the shrine of the revered imam, their needs are largely met by Iraqis who pledge to serve Imam Hussein’s visitors.

With many walking long distances to reach the place of pilgrimage, necessities like food, water, and medical services are provided for free.

Weeks ahead, preparations get underway. People set up houses, pavilions, and congregation halls to accommodate strangers who cross their path. Mattresses, covers, beverages, food, and medication are offered for the world’s largest annual gathering.

Volunteers, young and old, male and female take part in serving all necessities from victuals to accommodation without charge, calling themselves servers (or Khaddam) of Imam Hussein.

To pay tribute to the generosity of the Iraqi people, a Twitter storm was organized on November 23rd. Under the hashtag #ThanksIraq, social media activists expressed their admiration for the graciousness of the Iraqi people who have “opened their hearts, and their homes to Arbaeen pilgrims.”

One user, by the handle of HajiBaghi said: “Visit Karbala once irrespective of your religion… humanity at its best.”

Meanwhie, Kulsoom Zehra gave her thanks to Iraq for “hosting an unsurpassed Global Ceremony in part of [the] country while fighting against your sworn enemy ISIS in another part!”

She also vocalized her gratitude to them “for serving and taking care of pilgrims in every possible way!!

Yusra Mahdi said that “Iraqis did not fail to deliver and ensure the safety of pilgrims even during times of difficult security, violence, and war.”

The Arbaeen is also a chance for non-Shiites to show that a divided Iraq is not all of Iraq. Many Sunni and Christian Iraqis offer their services so they can take part in this massive show of devotion.

Through the world’s eyes, these gestures may seem incomprehensible. Questions tapping into why they put so much effort into serving complete strangers and what they gain from such contributions to the mass march toward Karbala surely arise when news reports cover this annual event.

But for many, giving is an act of worship. The recompense is not worldly but rather takes the form of good acts compiled in their Book of Deeds. They seek salvation through the door of Imam Hussein, whom they perceive as the beacon of hope.

MQM-MWM war of words a scramble for votes 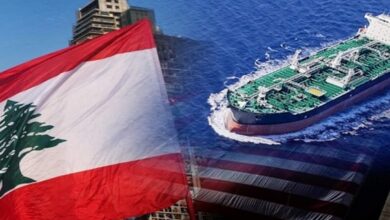 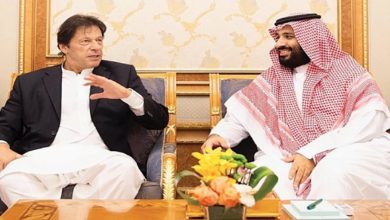