The month-long fast of The Month of Ramadhaan is over and 1st Shawwal is ‘Eid Day. It is a day of joy, bonding, helping one another and spreading happiness all over the globe: “…Alladhi ja’altahu lil Musilimina ‘Eida”. However, the purpose of ‘Eid is deeper than mere celebrations and relaxation. Lexically, eid in Arabic is derived from awd i.e. to return or recur. Thus, in the past when an afflicted community found relief and erstwhile prosperity and comfort returned, that occasion was called ‘eid. In Al-Islam, after the month long fast and at the end of Hajj the human soul returns to its pristine state of cleanliness and purity; hence the celebrations of ‘Eid al-Fitr and Eid al-Hajj.

In the Qur’an, the word ‘eid is used in the episode describing the disciples of Nabi Isa AS. “When the disciples (hawariyyin) of Nabi Isa AS said to him: ‘Is your Lord able to send down to us a banquet from the heavens?’ Nabi Isa AS told them not to make such demands,” if they were real believers” (5:112). The disciples insisted on their demand for heavenly victual and said such illumined food from the heavens would restore their light of faith and confirm the veracity of Nabi Isa AS’ mission (5:113). Nabi Isa AS reassured of their genuine desire to believe beseeched ALLAH SWT to send down the banquet so that it would become ‘eid for the first and the last of them. It would be a sign from Him (a miracle) and sustenance for He is the best of providers (5:114). Nabi Isa AS called this day of the banquet ‘eid for it was a day of success, cleansing and return to the state of having faith in ALLAH SWT. Traditions suggest that this was a Sunday; hence the Christian reverence for Sunday.

Imam Ali AS has defined ‘eid as any day that is free of rebellion against ALLAH SWT. He is quoted saying “‘Eid is for those whose fasts have been accepted and whose salaat are worthy of reckoning and every day when one does not commit a sin it is ‘eid” (Nahjul Balaghah, maxim 427). ‘Eid al-Fitr, therefore, is the day of success attained in the Month of Ramadhaan; fasting, revelation of The Qur’an, and Laylatul Qadr etc. being some of those successes.

The revelation of The Qur’an in this Month was a great success in that amidst the surrounding darkness of the Jahiliyah period, this Book brought the light of ethical behavior, kindness and end of cruelty of burying female children alive. It erased the blot of tribalism and replaced it with the unity of a single ummah. The Bani Israel squandered the blessing of the prophets from Ishak AS’ progeny and The Almighty SWT in His infinite wisdom turned over prophethood to the progeny of Ismail AS and the scene shifted from Mount Sinai to Mount Abu Qubeis, and Syrian greenery was abandoned in favor of the arid Hijaz for the new mission.

This new achievement merited thanksgiving of ‘Eid ul Fitr. Imam Ali AS in one of his sermons showed how ‘Eid is to be celebrated. He gave one formula to be used always: “Remember ALLAH and He will remember you.” The Imam AS explained that one adhering to the commandments of ALLAH SWT is protected by Him. So, the Imam AS told his audience to give the fitra of the individuals and their dependants. The Imam AS continued his khutba reminding the congregation of the obligations they have towards ALLAH SWT (Ibadaat). Then he admonished them to refrain from making allegations, to shun evil deeds, to abandon drinking, to stop shortchanging, to eschew false testimony and to stop running away from the battlefield.

In this khutba, Imam Ali AS pithily outlined those strengths of obedience to ALLAH SWT that enhance the great civilization of Al-Islam and those weaknesses that destroy individual and collective dignity. On practical level, Imam Ali AS, as the Caliph of the Muslims celebrated ‘eid not in a luxurious mansion surrounded by sumptuous meal; rather, as one of his companions observed, in a hovel, shivering in the cold with only harira (the food eaten by the poorest people) as his nourishment. The Imam AS led by example.

Imam Al-Ridha AS said that ‘Eid was a day of unity. Hence, it was a day to give thanks and reaffirm faith in His favors and praise Him. ‘Eid day is the first day when eating and drinking is once again permitted during daylight hours. So, for the seekers of Truth, ‘Eid day is the first day of the year. Imam Al-Baqir AS in the qunoot of the salaatul ‘eid beseeches ALLAH SWT that he sought that which ALLAH SWT’s goodly souls wished to acquire from Him and protection from those matters that the goodly souls wished to be protected from. Imam Al-Baqir AS also reminded us of the sadness that accompanies the ‘eid day, the sadness of the usurpation of the rights of the Ahlul Bayt AS and the violation of human rights.

The Imam of our Time, Imam Al-Asr AFS has captured this sadness in the Du’a Nudbah (Supplication of Lamentation) that is recommended to be recited on ‘Eid.The message of ‘Eid Al-Fitr is that no Muslim remains hungry on this day. It is a day that the rich and the poor enjoy happiness of the day, as the haves give the fitra to the have-nots. The fitra ensures acceptance of the fast as Imam Al-Sadiq AS has explained that fasts remain suspended between the earth and the heavens until fitra is executed. The emphasis on fitra is so much that a family capable of giving just one person’s fitra can rotate that self-same fitra among every member of that family and fulfill this obligation. Indeed, a poor man receiving charity too should pay fitra from the sadaqaat he receives. Thus, the rejoicing on the day of ‘eid is to obey ALLAH SWT and serve humanity, the twin purport of Al-Islam that The Prophet SAWW defined for the Bedouin of Arabia.

Saudi Will Collapse If It Launches Ground Invasion in Yemen 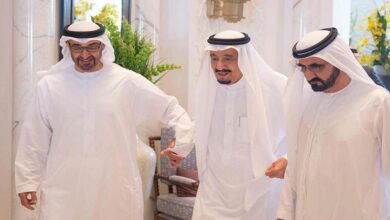 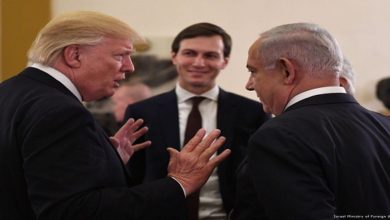 Team Trump Launches New Round towards “Deal of the Century” 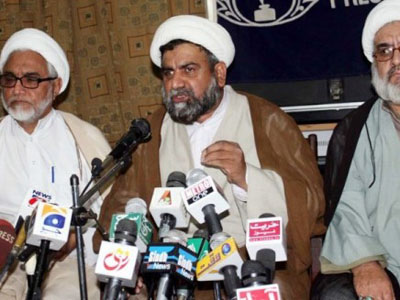 MWM has adopted just principled position on all issues