It was evident early on that the US bombing of alleged ISIS targets inside Syria was, in reality, an attempt to support the terrorist organization backed by NATO and the US as opposed to an attempt to defeat it. While such a suggestion has been repeatedly labeled as a “conspiracy theory” by the mainstream media and other gatekeepers in the “independent” media, the fruits of America’s labor in terms of the bombing campaign cannot be ignored. Likewise, neither can the world ignore the results of Saudi Arabia’s bombing of Yemen.

The truth is that the United States, NATO, and the GCC/Arab League are bombing in couched support of ISIS, increasing its gains and hold on power with every sortie fired. With this fact recognized, the NATO/GCC network of national governments can now officially be labeled as the Air Force of Al-Qaeda.

For instance, while the secular government of Bashar al-Assad remained the only force inside Syria actually fighting al-Qaeda and ISIS – terrorist organizations trained, funded, armed, and deployed by the United States, NATO, and the GCC – the brutality of these death squads was used by the Western propaganda machine to justify a bombing campaign that was actually directed at Syrian military and civilian infrastructure.

These strikes were launched against Syrian oil refineries (see here also), bridges, civilian neighborhoods, warehouses, agricultural centers, and grain silos. Others were made strategically against infrastructure that was set to soon be taken back by the Syrian military after long-fought battles with the terrorists.

Likewise, the US bombing campaign in Iraq has had much more to do with protecting Western-owned oil fields and death squad herding than eliminating ISIS. In fact, Iraqi armed forces and government officials have repeatedly revealed that the US military has actually been supplying ISIS during the entire course of the bombing.

Yet while the Western mainstream press has attempted to paint the Iraqi claims of American assistance to ISIS as “conspiracy theories” and the manifestation of jealousy, that same press has been forced to admit that the bombing campaign has resulted in a stronger ISIS presence in Iraq and Syria and that the terrorist group has become stronger in terms of strategic location and military presence.

As the Daily Beast reported in January of 2015,

American jets are pounding Syria. But ISIS is taking key terrain—and putting more and more people under its black banners.

ISIS continues to gain substantial ground in Syria, despite nearly 800 airstrikes in the American-led campaign to break its grip there.

At least one-third of the country’s territory is now under ISIS influence, with recent gains in rural areas that can serve as a conduit to major cities that the so-called Islamic State hopes to eventually claim as part of its caliphate. Meanwhile, the Islamic extremist group does not appear to have suffered any major ground losses since the strikes began. The result is a net ground gain for ISIS, according to information compiled by two groups with on-the-ground sources.

In Syria, ISIS “has not lost any key terrain,” Jennifer Cafarella, a fellow at the Washington, D.C.-based Institute for the Study of War who studies the Syrian conflict, explained to The Daily Beast.

Even U.S. military officials privately conceded to The Daily Beast that ISIS has gained ground in some areas, even as the Pentagon claims its seized territory elsewhere, largely around the northern city of Kobani. That’s been the focus of the U.S.-led campaign, and ISIS has not been able to take the town, despite its best efforts.

The report continued by pointing out that the ISIS gains were not only in terms of land mass but also in terms of “control of people,” meaning populated areas and strategic locations. It reads,

With the fall of that much territory into ISIS hands, Syrians who once lived in ungoverned or rebel held areas are now under ISIS’s grip. Of course, in an irregular war like this one, control of people is far more important than control of territory. In that regard, too, things appear to be going in the wrong direction.

Since the U.S. campaign began in August, “there are little buds of ISIS control in eastern Homs, al Qalamoun [which borders northern Lebanon], and southern Damascus that do appear to be growing because of that freedom of operation that can connect those western cells to key ISIS terrains in Raqqa and Deir ez Zour” in northern and eastern Syria.

While the United States and NATO act as al-Qaeda’s Air Force in Iraq and Syria, Saudi Arabia and the Arab League fulfill the same role in Yemen. In addition to bombing the Houthi rebels in a bid to retain ousted President Hadi in power and to prevent the possibility of greater Iranian influence in the region, the Saudis have also provided direct air support for extremists and al-Qaeda jihadis who are currently on the ground in Yemen, themselves taking control of swaths of territory.

For instance, in an interview with NPR, Leila Fadel stated:

Well, al-Qaeda has been growing in Yemen for a while. But it seems to be accelerating in the midst of this bombing campaign. And it [al Qaeda] is not a focus of the Saudi-led airstrikes right now.

But critics say that actually Saudi’s war is feeding al-Qaeda. One western diplomat says al-Qaeda’s actually growing like a weed right now. And a spokesman for al-Qaeda inside Yemen says they’re really happy with the airstrikes because it’s weakening their enemies, who are the Houthis and the Yemeni army.

In other words, the Saudi airstrikes are enabling al-Qaeda’s influence and territorial gains to spread across the country.

This, of course, should come as no surprise to any informed observer. Saudi Arabia has long been recognized as the largest supporter of terror worldwide, only attempting to slightly veil its support for terrorist organizations like ISIS, al-Qaeda, and Chechen rebels. That support for terror and terrorism comes with the obvious blessing of the United States, Israel, and NATO since that terror is directed at target countries abroad and a dissatisfied but compliant target population at home.

The fact is that al-Qaeda, IS, and the other related terrorist organizations function as the CIA’s Arab legion. They are used to weaken and overthrow governments as well as to act as a constant bogeyman for populations back home so that civil liberties and Constitutional rights will be sacrificed willingly for the perception of security.

If the American people will wise up to this fact, one of the major tools used by the world oligarchy to terrorize the domestic population and the rest of the world will be yanked from their hands. 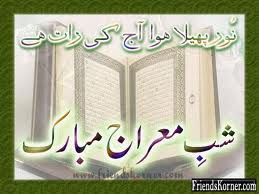 The Start of the Sacred Mission of Holy Prophet Muhammad (S.A.W.) 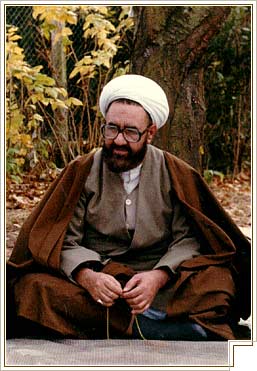