On the occasion of the birthday anniversary of Imam Hasan Al-‘Askari (AS), the 11th Shia Imam, here’s a brief look at his life.

Imam’s name is al-Hasan, being a resident of ‘Asgar a suburb of Samarra’, he is titled al-Askari. His father was Imam ‘Ali An-Naqi (AS) and his mother was Salil Khatun, an ideal woman in piety, worship, chastity, and generosity.

Imam Hasan Al-‘Askari lived under the care of his respected father up to the age of 11. When his father had to leave for Samarra’ he was to accompany him and thus share the hardships of the journey with the family. At Samarra’, he passed his time with his father either in imprisonment or in partial freedom. He had, however, the chance to benefit from his father’s teaching and instruction.

Imam’s father was martyred when Imam was twenty-two. Four months before his death, the father declared his son to be his successor and executor of his will, asking his followers to bear witness to the fact. Thus the responsibilities of Imamate were vested upon him which he fulfilled even in the face of great difficulties and the hostile environment.

In the early days of his imamate, Al-Mu’tassam Al-‘Abbasi was the caliph. When the latter was deposed, he was succeeded by al-Muhtadi. After his brief reign of only eleven months and one week, al-Mu’tamad came to the throne. During their regimes, Imam Hasan al-Askari (AS) did not enjoy peace at all. Although the Abbaside dynasty was involved in constant complications and disorders, each and every king thought it necessary to keep the Imam (AS) imprisoned.

Imam Hasan al-‘Askari (AS) had a brief span of life, only twenty-eight years, but even in this short period, which was furled by a chain of troubles and tribulations, several high-ranking scholars benefited from his ocean of knowledge.

Imam Hasan Al-‘Askari (AS) was peerless in knowledge, forbearance, forgiveness, generosity, sacrifice, and piety. Whenever Al-Mu’tamad asked anybody about his captive Imam Hasan al-‘Askari (AS), he was told that the Imam fasted during the day and worshipped during the night and that his tongue uttered no word but the remembrance of his creator.

Imam al-Askari (AS), like his noble fathers, was a prominent scholar and a leader (Imam) whom none of his own periods could ignore. He was chief of religious scholars and an ideal of worshippers.

However, Imam (AS) and his companions always suffered persecution and oppression by the then government and were jailed in prisons.

Imam’s main task was to safeguard the message of Islam, to call people towards it, and to convey its principles and values.

Imam (AS) spared no efforts in defending the Islamic faith and thought and its sciences.

Imam al-Askari (AS), like his forefathers, practiced his cultural and scholarly role within the course of the school of Ahlul-Bait (AS) – which concentrated its activity on the Quran and prophetic traditions, safeguarding the originality of the message and discovering its contents.

Imam Hasan Al-‘Askari (PBUH) was poisoned by the caliph, Mu’tamad, and, thus, suffered severely and was martyred on the 8th of the month of Rabi’ Awwal in the year 260 (A.H.). At the time of his death, he was twenty-eight years old. He was buried in the house in which his father was buried in Samarra. He left behind his son – the Living Holy Awaited Savior Imam Muhammad al-Mahdi (PBUH) the one who is awaited to bring about the heavenly rule of truth in the whole world.

– Those who are scrupulously pious by attribute, generous by personality, and lenient by nature will win many friends.

– The worst servant –of God- are those who are two-faced and two-tongued; they praise their present friends and backbite the absent; they envy them for obtaining graces and disappoint them when they suffer a misfortune. 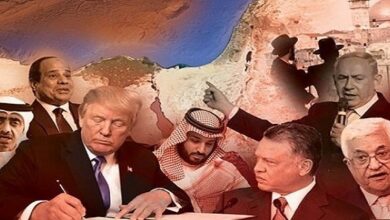 Riyadh Preparing for Normalization; From Manama to Religious Pulpits

The house of Saud: Is it about to burn or just collapse?