“Operation Fly Formula” may sound odd to you, but it is actually the name picked by US President Joe Biden and the White House for an operation launched to speed up the importation of infant formula to the country. Under the operation, the US Department of Defense is partnering with other departments to pick up overseas infant formula to help ease the dire shortage inside the country. More than 100 thousand pounds of this basic commodity has been imported to the US in several stages. But what is behind the formula shortage that has forced the world’s largest economy to resort to imports?

It was May 14 when photos and reports about a severe shortage of infant formula in the US went viral for the first time. The figures during the first days of the crisis showed that in 25 states, 40-50% of baby formula products went out of stock, and in many regions across the states, more than half the stores were out of the product. By late May, the situation had become so critical that some states, including New York, declared a state of emergency due to the shortage, which compelled the US president to order the import of the basic commodity with military aircraft from countries such as Germany. Following the nationwide shortage, the Biden Administration faced a barrage of criticism, as the dire situation cast doubt on the administration’s competence more than ever.

House Republican Conference Chair Elise Stefanik delivered remarks on the “horrific” nationwide baby formula shortage, saying that “Biden has continued to pass the buck … Children – babies – have been put to bed hungry while parents are desperately trying to find alternative formulas that are often difficult to procure. This is not a third-world country. This should never happen in the United States of America.” Damion Lee, an American professional basketball player, also said “It’s sad, the world that we live in, it’s easier to get a gun than baby formula right now,” referring to the shooting in Uvalde, Texas, which left 19 children and two teachers dead. “That’s unbelievable in this country that we live in.”

The criticism continued even after the shipments of infant formula arrived in the US. “When the most prosperous country in the world has to use military aircraft to import baby formula, something is wrong with the government. Biden has broken America,” said Republican Derrick Van Orden, a candidate running for Wisconsin’s 3rd Congressional District, when 78,000 pounds of infant formula arrived in the US from Germany.

Former US president Donald Trump also did not miss the opportunity to blame the current administration and in a statement criticized the formula shortage. “The Democrats are sending another $40 billion to Ukraine, yet America’s parents are struggling to even feed their children,” Trump said in his statement, issued through his Save America PAC. The former president further said “no one is talking about” the baby formula shortage in the US, which he said is “a national disgrace … It is unthinkable that in the year 2022 American families are unable to get baby formulas for their children.”

You may wonder how the US has reached such a critical situation in supplying infant formula. To answer this question, various factors contributing to this issue need be mentioned, including the global food supply chain crisis which is primarily attributed to the coronavirus pandemic and the closure of important baby formula factories in the US. Interestingly, four major companies control 90 percent of the infant formula industry in the US today, with Abbott factory being the biggest producer. The large company shut down its Michigan factory due to possible bacterial contamination resulting in the infection of four infants who consumed its products, further deepening the baby formula shortage crisis across the US.

Nearly a month after the nationwide crisis in the United States, store shelves in many American stores are still bare of baby formula. Last week, Blair Hayse, an author, and a mother wrote in The Guardian that she traveled to “four different cities to find a canister of formula for my baby.”

In the meantime, the US president said in an interview early this month that he was not personally aware of the severity of the infant formula shortage until early April. That interview, along with other contradictory remarks by Biden administration officials, further fueled public anger directed at the US federal government and dealt a final blow to the lifeless body of Biden’s popularity. According to numerous reliable polls, Biden’s approval rating has dropped to below 40%, and the continuation of such a critical situation, of which inflation and formula shortage are merely a portion, can come at the cost of a crushing defeat for the Democratic Party in the 2022 elections or even Biden’s resignation. 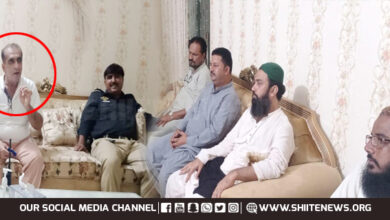 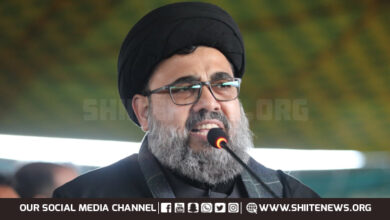 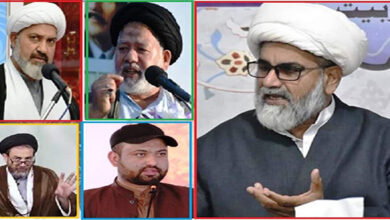