This Sunday’s act of “nuclear terrorism”, as Iranian officials have called it, not only showed the world the recklessness of the Israeli regime, but served to prove a point about the uselessness of the International Community.

The attack on Iran’s Natanz nuclear site could have resulted in an environmental catastrophe, the effects of which could have been devastating upon surrounding civilian populations. Despite this, later that same day, Israeli Premier Benjamin Netanyahu continued to aggressively address Israel’s “major task” of combating Iran.

When the recent alleged Mossad operation occurred – according to Israeli media sources – US Secretary of Defense, Lloyd Austin, had just arrived upon a two-day trip to meet with his Israeli counterparts. What was striking from his visit, was that during both press conferences he attended with the Minister of War Benny Gantz and Prime Minister Netanyahu, he didn’t utter a word about Iran. This, as both Gantz and Netanyahu performed their routine about Iran’s alleged nuclear weapons program and how they fear for their existence, claims which have no evidence to support them.

Every time the United States seems to be making small strides in the direction of lifting its illegal sanctions and re-entering the ‘Iran Nuclear Deal’, Israel acts violently and recklessly. This could point to a mixture or any of these following possibilities; Israel is applying pressure on the US not to re-enter the deal, Israel is working with elements of the US government to stop it or Israel is looking to get a retaliatory strike in order to push the deal further away.

When Israel claims that its actions work to ensure peace in the region and that they aim to prevent Iran from obtaining a nuclear weapon, they fail to make sense even by their own logic.

Now, there is no proof of anything but a peaceful nuclear program in Iran. However, if we were to believe Netanyahu when he says Iran is heading towards a nuclear weapon, then how would these attacks work to stop this when every single action Israel takes leads Iran to further enrich uranium. Iran has in fact just announced it will begin 60% uranium enrichment come this Wednesday and has notified the International Atomic Energy Agency (IAEA) of this intention.

The Israeli regime is also failing to stop attracting attacks on itself, which it claims its offensive action achieves, when in reality all this does is invite responses. In fact, Israel’s offensive action, coupled with the failure of the United States to lift sanctions, along with the EU’s decision to administer sanctions – which occurred this Monday – is having the dual effect of pushing Iran closer to the West’s greatest competitors.

Then there is the issue of a response to the Israeli attacks on Iran, which for the US and Israel could prove a worrying prospect. Iran has maintained a strong negotiating position, with its strategic moves, as to put the United States in a position where it is the one who is greatly desires re-entering the Nuclear Deal.

But the problem still remains as to whether the US and EU are together able to surpass the pressure of hardline pro-war members of their governments and the lobbying efforts of Israel. To its credit, the Obama administration was able to withstand the pressures, whilst Israel was also at the time threatening to open up a regional war in order to stop the agreement. Former US President Barack Obama even managed to disobey AIPAC and signed the JCPOA as the deal clearly worked to the advantage of the US.

Israel is a far-right wing ethno-regime, which constantly threatens to attack and actually attacks its neighbors. Israel operates an ‘Apartheid Regime’ according to Human Rights Organization B’Tselem and is in possession of between 80-300 nuclear weapons which it refuses to declare, whilst being a non-signatory to the nuclear non-proliferation treaty.

Iran has endured the assassination of its top General, Qassem Soleimani, with Israeli involvement and the Israeli assassination of its top nuclear scientist, Mohsen Fakhrizadeh, on Iranian soil. In addition to this Israel has committed attacks on Iranian vessels at sea, acts of sabotage inside the country, constant spying, threatens to attack Iran, pushes for US sanctions which hurt Iran’s civilian population and have just attacked Iran’s Natanz Nuclear facility.

Israeli aggression against Iran seems to have now started a wave of retaliatory attacks too, not yet confirmed to be directly connected to Iran. On Tuesday, an Israeli vessel named ‘Hypern’ was reportedly struck by either mines or a missile – according to Israeli media – near the Emirate of Fujairah, UAE. Later that same day, reports began to emerge from Iraq that Iranian-backed forces had reportedly attacked a Mossad base, killing and injuring multiple Israeli agents, according to reports from both PressTV and Iraq’s Al-Saberin news.

In the face of all of this, somehow Iran has been able to maintain an admirable level of self control, self control which has been the difference between the descent into all out regional war and relative peace. However, this patience can at any point wear thin, which could be the case if the United States cannot rein in their mad-dog. 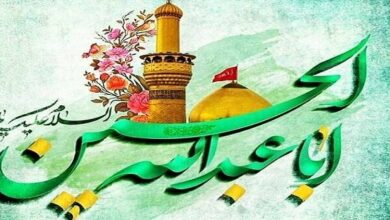 Why Riyadh Publicize its Deep-rooted Relations with Tel-Aviv?