Saudi Arabia, like all other oil exporting countries, has lost 50 percent of its national revenues since the price of oil fell sharply, leveling out at around 60 US dollars per barrel.

However, this shocking state of affairs is transitory. The Saudi government is wealthy enough to compensate for the shortfall and reduce some expenses, ensuring that the stock market is minimally affected and allowing the problem to pass.

But in reality, this problem hasn’t even begun yet. This is an issue that will resurface one day in the future: this is not a prophecy but a realistic assessment of the situation.

The rational question that must be asked is: will we be able to survive if the oil price drops to 30 US dollars per barrel or less or if the current situation lasts for the next decade or so?

In this scenario, government revenues will not be enough to cover public sector wages. The government will therefore be incapable of subsidizing the prices of rice, bread, water and energy, or fund universities, hospitals, trade industries and transport. The government would consume its financial reserves and increase its local debt while those citizens with money in the bank will look to transfer their funds outside of the country.

So shall we wait until we reach the edge of the abyss to reform the situation? Or isn’t this the best time for such reforms, particularly given that the political situation is stable and national reserves stand at around 1 trillion dollars?

The Saudi government’s recent steps are an acceptable temporary solution, but they are based on a strategy that consists of waiting for the oil market to recover, with the the hope that prices will level out at around 100 dollars per barrel.

However, it is not out of the question for the current oil slump to last for years, especially given the booming shale oil industry, among other factors. In this case, will Saudi Arabia—which currently records spending of around 230 billion dollars per year—still be able to operate if spending is restricting to 100 billion dollars or less?

I think this will be impossible unless radical economic reforms take place.

In my view, the decrease in oil revenues is the best thing that could have happened—and, no, I am not being facetious. This is something that may help us to understand and address a potential catastrophe, forcing us to think up a strategy now, rather than later.

Huge oil revenues have corrupted our ability to plan a present and future free of oil resources. These easy revenues have become the best means to satisfy the demands of the people at the expense of something else—there are dozens of universities and hundreds of thousands of students in Saudi Arabia, but few have any real prospect of finding productive employment.

So what’s the value of money if it’s not spent on building a society capable of standing on its own two feet, come what may? Can any of us suggest a practical vision on how to fund daily services given the projected reduction in oil revenues? Only when we see a plan that shows us how to do so this can we be certain that we are on the right track and will be able to survive no matter what the future holds.

The government will need to change its philosophy and management style. It needs to grant its institutions and officials more responsibility and then hold them accountable if they fail.

Many successful, wealthy countries are not oil-rich, such as South Korea, Singapore, Malaysia and Finland. Most oil-rich Arab states are lacking because they are over-reliant on easy money.

The difference is clear to see. For example, Saudi Arabia’s Princess Nora Bint Abdulrahman University in Riyadh boasts a far more lavish construction than that of Britain’s Cambridge University. However, most of its students become teachers after graduation—with government assistance—while the rest go home and can’t even get a job.

Therefore, the decrease of revenues is a positive chance for us to reconsider a number of things. The abundance of oil won’t last, and if oil prices continue as they are for more than a decade, we will reach breaking-point, with the state unable to finance the needs of many of its people. While with the population increasing, more and more citizens are going to need education, healthcare and jobs in the future.

So, rather than seeking simple to balance the books each year, we must test the capabilities of the state and ensure that it is capable of surviving even on greatly reduced oil revenues. 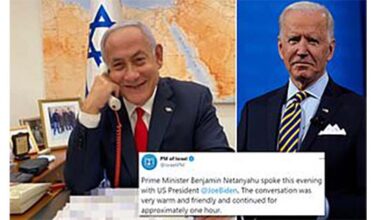 How Turkey Seeks Interests out of Trump’s Al-Quds Move?