The US new president Joe Biden has put top on his agenda responding to the popular demands for realization of his election promises in the past two weeks. One important foreign policy promise was ending the Saudi-led war on Yemen that the UN says has caused the world’s biggest contemporary humanitarian crisis.

Meanwhile, after several statements issued by key figures in the new foreign policy team on a review of support for the Saudi Arabia’s anti-Yemeni war, Pentagon spokesman John Kirby said that Washington has stopped all civil support, including intelligence, advises, and tactical ones, to the Saudi-led coalition.

This is, indeed, not a good news for Saudi Arabia, although it certainly did not surprise Riyadh, as the decision to de-escalate tensions with Qatar and end the crisis in the (Persian) Gulf Cooperation Council showed that Saudi Arabia, and in particular Crown Prince Mohammed bin Salman, was preparing to face the new situation after Biden’s inauguration.

In addition to announcing the end of support for the Yemeni war, the decision to suspend the sale of offensive military weapons to Saudi Arabia and to remove Yemeni resistant movement Ansarullah from the terror blacklist has raised a question: Will the US actions lead Arab kingdom to end the six-year invasion of Yemen?

It largely depends on the degree of the seriousness of the new US administration on ending Yemen war by pressuring bin Salman and Riyadh.

Since the onslaught of devastating Yemen war, despite widespread domestic and international criticism, the US has fully supported the Saudi-led coalition, playing a key role in perpetuating the bloody aggression. The sale of high-precision guided munitions, intelligence on targets in Yemen, in-flight refueling, and diplomatic support at the UN have been among the US overt assistance to Saudi Arabia. There have also been numerous reports of broader support, including the deployment of American troops in the kingdom to provide logistical and intelligence support to operations, as well as to secure the Saudi borders with Yemen.

Cessation of support for Saudi Arabia in the war, if properly implemented, would put the Saudis in a difficult position in the war. The Saudi army has shown during the Yemeni war that, despite the high spending, it is so powerless and fragile against Yemeni attacks. Today, the Yemenis have been able to recapture large areas occupied by mercenaries affiliated with the UAE and Saudi Arabia. And with advancement in missile and drone technology, they have changed the equations of war in their favor as they easily target economic and military targets anywhere in Saudi Arabia and the Red Sea. This has greatly confused the Saudis, and the severance of US support will add to their fragility—perplexing the Saudis who have to see even further venerability with the US support halt.

Despite this, Riyadh is still trying to obtain arms and military support it needs from other countries, especially Europeans, and thus avoid accepting defeat in the war until it finds a face-saving way out of the Yemeni quagmire.

The Saudis intend to continue the inhumane and barbarous siege on Yemen and punish the Yemeni people collectively, although the UN and other international organizations warn that the humanitarian crisis is worsening day by day.

Therefore, if the promise to cut off support to the Saudi-Emirati aggression is not accompanied by vast pressures on Riyadh to end the military campaign and inhumane sea, air, and ground blockade, the Saudis will go ahead with their atrocities against the Yemeni people. 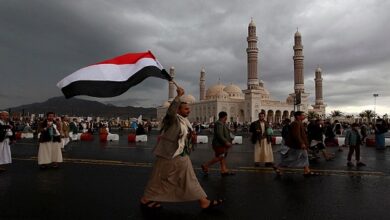 How Does Russia Look At South Yemen Developments? 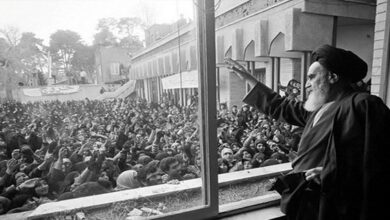 Did Prince Bandar and Mossad chief have a deal on Gaza war?