The first UAE delegation, since the signing of its infamous normalization deal, traveled to Ben-Gurion airport yesterday, in order to secure trade deals with Israel. Amongst deals regarding travel between the two sides and a pipeline deal, Israel, the US and the UAE also agreed to set up a 3 billion dollar investment fund, headquartered in Jerusalem (al-Quds).

Dubbed by media pundits throughout the Western media as a “peace deal”, the so-called “Abraham Accords” have proven to bear the fruits of economic prosperity, instead of sowing the seeds for peace. It is obvious at this point that the official reasons, according to the United Arab Emirates, the US and Israel, for having signed the deal were a farce, it was not about peace but rather about the Benjamins (slang for currency).

Upon the announcement from the UAE that it was to normalize ties with Israel, the narrative was spun from their side that Israeli Prime Minister, Benjamin Netanyahu, would halt going forward on his campaign promise to annex the West Bank, in return for “peace” with the UAE.

However, Netanyahu instantly positioned himself in front of all available cameras and stated that to the contrary Israel will continue with its annexation. Despite this, it seems that Netanyahu was never truly interested in a de jure annexation of the West Bank and had failed to deliver by the promised date he had set forth to begin accomplishing the task.

Benjamin Netanyahu had won an election, campaigning on the promise of annexation, but had failed and was hesitant to enforce the policy, likely due to a fear of European backlash. Netanyahu needed a distraction, so instead of annexation, he delivered a so-called “historic” peace deal with the UAE and Bahrain, nailing in the hundredth nail into the cothin [coffin] of the “two-state solution”.

Although annexation seems to have been put on the back burner, Israel has since the signing approved for over four thousand new settler units to be constructed, in violation of international law, in the occupied West Bank. This is how Israel truly annexes land in the West Bank, through physical expansion onto that land, which is much more cement than a declaration or signing something on paper. So ultimately, annexation has only escalated, on the ground, since the “peace deal” was signed.

Also, on top of this, Israel, the UAE and the US have agreed to set up a three billion dollar trust fund, which will reportedly allow for the creation of further investment, based in Jerusalem (al-Quds).

In a bid to inject investment into the UAE regime owned airline ‘Emirates’, Israeli citizens will be allowed to travel to the UAE without any visa.

But perhaps the most significant of all in this new series of business deals is the announcement that Emirati Crude is set to be sent from the Red Sea to the Mediterranean, this being transported via a pipeline seized by Israel from Iran.

The pipeline was originally built for joint Israeli-Iranian trade, however this no longer became an option after Iran’s Islamic Revolution in 1979.

A Swiss court ruled in 2016 that Israel was liable for its seizure of this pipeline and was required to pay Iran at least 1 billion dollars in compensation, which Israel continues to refuse to pay.

With major trade deals being secured, via illegally seized pipelines, a joint mission having been set up to exacerbate tensions which could lead to all-out war in the region and with Israel’s ongoing bombardment of Gaza, expansion of settlements and ethnic cleansing of the Palestinians, it is clear the deal is not about peace.

The UAE has not been forced to end its involvement in the genocidal war waged against the people of Yemen, with Israel now being able to openly cooperate with them on that front.

The “peace deal” is nothing more than corrupt dictators, coming together with opportunistic Western politicians, in a bid to secure greedy business deals and a policy of joint aggression against their enemies in the region, all whilst saving face to their blind and clueless populations who clap along as they fail to recognize that the “peace deal” is in fact a distraction from how they have been lied to.

Support for “IS” in Qatar Rising Significantly 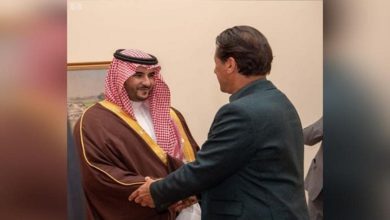