Seminary and party leaders belonging to Deobandi school of thought met in Lahore on Wednesday and declared a war on “secularism” in Pakistan, ARY News reported.

“Speaking in a session attended by 20 political Deobandi groups, Sami-ul- Haq claimed that terrorism has nothing to do with any sect. The renowned cleric maintained that all religious forces are united under the leadership of JUI-F chief Fazlur Rehman to fight a conspiracy to turn Pakistan into a secular state.”

We may remind the Deobandi cleric that he cannot speak on behalf of any group other than that of those 20 Deobandi groups who met there. And they cannot be said religious groups because religion of Islam has nothing to do with takfiri fanaticism and terrorism. Islam prohibits forcing opponent Muslims to do something under compulsion.

Yes, 20 Deobandi groups are united under Fazlur Rehman who always remained the darling of the secular Pakistan People’s Party and unlike his father Mufti Mehmood, became part of ruling coalition under the woman Prime Minister Benazir Bhutto. His father’s pro-amendment vote made General Ayub Khan eligible to contest Presidential Election against Fatima Jinnah, sister of Pakistan’s founder Mohammad Ali Jinnah. Was Ayub Khan not a secular? Was he not a pro-U.S. ruler?
Sami ul Haq and other Deobandis who dislike PPP chose to join hands with Pakistan Muslim League-Nawaz. Is he a bearded Muslim? Deobandi Taliban punished Muslims for lack of beards in the areas under their control. Chaudhry Ahsan Iqbal said that PMLN is neither a party of left nor right but Centre. Is PMLN’s manifesto Islamic in the eyes of Deobandis?

None of the allies of pro-Taliban Deobandis of Pakistan who are influential power player in Pakistan or their close ally are bearded or practicing Muslim. See Punjab Chief Minister Shahbaz Sharif, his close aides and cabinet members Rana Mashood and Rana Sanaullah don’t raise beards and Rana Sanaullah in fact defected from the PPP to PMLN.

Deobandis formed an electoral alliance with Shia and Sunni Bralevis in 2002 and that Muttahida Majlis-e-Amal formed government in NWFP (Sarhad province) that is now Khyber-Pukhtoonkhwa province. Deobandi Akram Durrani, chief minister of the MMA government had no beard before that and then he raised small beard like Shia Muslims. Can Deobandi interpretation of Sharia laws approve that?

Mr. Achakzai, the close aide to Fazal Ur Rehman is a beardless person. He doesn’t have moustaches. Deobandi Tableeghi Jamaat quotes sayings of Hazrat Mohammad (PBUH), last apostle and Prophet of God that Muslim man should be looking different from woman and his appearance should not be identical with woman and for that he needs to raise beards. So, Fazal Ur Rehman leads the team of Deobandis in war on secularism?

Before 9/11, secular General Pervez Musharraf was darling of Deobandis. Zia ul Haq too was a beardless secular army general who bombed Palestinians in Jordanian Camp and that tragedy is known in Palestinian history as Black September. He went there to serve secular King Hussain. He formed an alliance with secular United States against Communist USSR to proxy in Afghanistan war.

Proscribed Deobandi ASWJ Chief Ahmed Ludhianvi said that if a single worker of his party will be found involved in anti-State or anti-Army activities, he will present himself before the law.

What a joke? That means, this proscribed party has workers and they continue their activities! But, he may be right that he doesn’t talk against government and army but his workers raised slogans that the Mohammad Ali Jinnah was an infidel and heathen because he was a Shia Muslim. He didn’t tell media that the last case registered against him for Islamabad rally was for that takfiri slogan.

Deobandis support Ludhianvi, Haq Nawaz Jhangvi, Malik Ishaq and such other fanatics and terrorists. That means Deobandi cleric Usmani and Mufti Shafi served infidel Jinnah and a Muslim cannot offer funeral prayer (namaz-e-janaza) of an infidel. So what about Jinnah’s self-declared Deobandi advisors and the leader of funeral prayer? Any fatwa (religious decree) against them?

ASWJ, mother organisation of Lashkar-e-Jhangvi is allowed to stage rally and sit-in in front of main building of Supreme Court of Pakistan that takes no suo motu notice against ASWJ/LeJ. Abdul Aziz says that these courts are against Islam so we can say that Deobandis continue their hypocrisy to hoodwink ordinary Deobandis on one hand and Pakistani nation on the other hand. They began hijacking Pakistan on the dead body of Shia Muslim Jinnah.

May I ask Pakistani state’s President, sitting government’s Prime Minister, Chief of Army Staff, Chief Justice of Pakistan and Parliament why u don’t declare Pakistan a Wahhabi-allied Deobandi State officially? You cannot silence us. We want to tell the world that Pakistan is the only Muslim country that was founded by a person who Deobandis call infidel and heathen. This is “Heathen Republic of Pakistan” because everybody within state organs salutes Jinnah at his grave in Karachi. 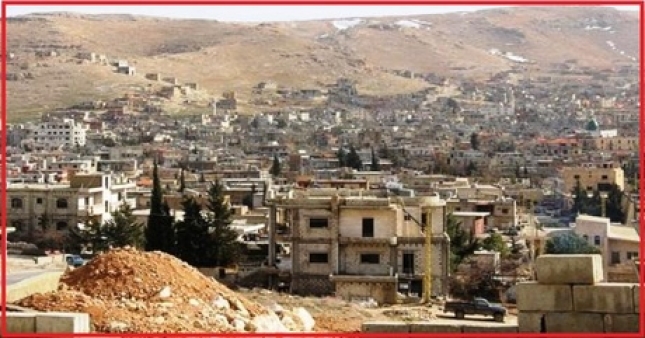