Former prime minister and PTI Chairman Imran Khan has said that his movement for “real freedom” against the coalition government will not stop until the announcement of early and transparent elections.

“You remain prepared I will give you [protest] call when my opponents believe that Imran Khan has given up and that day is not far,” he said while addressing his party’s power show in Punjab’s Rahim Yar Khan district on Saturday.

Imran said that his much-hyped call for next protest against the coalition government will be the last and added that after that call he would not stage any protest or hold long march.

“That call will be given to save Pakistan through free and transparent elections. We don’t have any other way other than the elections to save the country.”

Without political stability and stable government, the country’s economic woes cannot be solved, said Imran, adding that only free and transparent elections can bring stability to the economy and the country.

Responding to Interior Minister Rana Sanaullah’s warning against marching on Islamabad, Imran while addressing him said it was his party’s democratic right to stage peaceful protest. “This person [Rana Sanaullah] who should be in jail is lecturing us on democracy.”

“Rana Sanaullah, listen with open ears that this time we will come with ‘full planning’. Everyone knows what Rana Sanaullah will do but no one knows what I will do,” he said while referring to violence his party workers were subjected to during their short-lived long march in May.

“I have never witnessed such an awareness among masses which I am witnessing today… I have never seen my nation coming out of their homes during hot weather,” he added.

Imran said no one can get high-profile position in this government unless without committing any major crime.

“Neither we stopped opposition during my government from staging protest nor we created hurdles and did not place any containers… instead we offered food to their participants,” he added.

At the start of his address Imran thanked the supporters for turning up in large numbers and waiting for his speech. “They [PM Shehbaz and his delegation] are staying at expensive hotels to show-off to those from whom he [PM Shehbaz] is asking donations,” he remarked.

PM Shehbaz was imposed upon the country not because he had any leadership qualities but because he would take dictation from all powers including IMF, he added.

The PTI chief said the country has no future if such corrupt leaders, including PM Shehbaz and his son, who were set to be indicted in money laundering case, continued to rule it.

Imran said they had given themselves an NRO and closed down corruption cases worth Rs1,100 billion. “Foreign powers imposed corrupt leaders so that they can be controlled easily.”

“If we accept the theft of Rs11,000 billion and slavery of these ‘imported rulers’ then we have no future.” Taking a jibe at PM Shehbaz for seeking donations from international community for flood victims, Imran said the country would have to compromise on national interest by receiving foreign aid as “there is no free lunch”.

He said incumbent rulers were trying to disqualify him as they are scared of the people’s power. “Four people have made a decision behind closed doors to have me assassinated… they are still working on this plan,” he claimed.

As part of the assassination plot, Imran said PML-N leaders Javed Latif and Maryam Nawaz distorted his remarks during a press conference to provoke the people to attack him and would later term it an attack by “religious fanatics”.

Imran also called upon his workers to break the ‘idol of fear’, urging them to combat threat calls with counter threats.

“Our supporters are being threatened through unknown numbers this does not does not happen in independent country,” he lamented.

“No one gives freedom easily… history tells us that freedom can only be achieved through struggle and jihad.”

Imran said the time has come to stand against the “thieves and dacoits who have been imposed upon the country”.

“Their cases are being closed down every day and now Ishaq Dar is returning… he himself had confessed that he had been doing money laundering for Sharif family.”

He reiterated that all sectors of economy including exports, remittances and others were growing when a ‘conspiracy’ was hatched to topple his government.

Imran said the establishment has power but they remained ‘neutral’ when his government was overthrown through a vote of no-confidence.

“Allah has not allowed us to remain neutral… these thieves who looted the country for 30 years and now they have returned and getting relief in corruption cases under the deal.

“Only real freedom can pave way for real democracy,” he added.

Earlier, the PTI chief had arrived at the venue amid loud cheer from the huge crowd.

Imran, the deposed premier, on Wednesday announced that the final phase of his party’s movement for “Haqeeqi Azaadi” – ‘real freedom’ – would begin from September 24.

PTI leaders in major cities including Karachi, Islamabad, Lahore, Multan, Peshawar and others have set-up screens in their respective areas to show his live speech.

Since being ousted from power in April this year, Imran has been holding rallies across the country, demanding early and transparent polls.

A day earlier, he said that “thieves” have taken over the country and were now getting relief in corruption cases under “NRO-II”.

Addressing the women’s convention in Islamabad on Friday, the former prime minister said that he was not doing politics but waging ‘jihad’ to achieve ‘real freedom’ for the country’s better future.

Referring to the amendments to the NAB law, Imran said societies are destroyed without the rule of law. “Thieves have taken over the country. Every day their cases are being shut,” he remarked.

Imran further said that the poor should be released from jails if the powerful cannot be brought under the law. “What is the fault of the poor? The likes of Zardaris and Sharifs are sitting everywhere in poor countries where there is no rule of law,” he added. 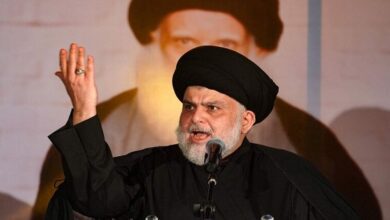 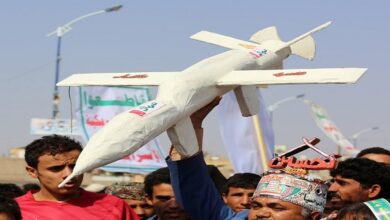