Bahraini people have staged a rally to express support for the Yemeni forces fighting back a Saudi-led war, and to voice their solidarity with the Lebanese minister who called for an end to the “futile” war.

“The Bahraini nation calls for an end to the futile war on Yemen,” one of the banners read.

The rally came as the Manama regime on October 30 asked the Lebanese ambassador to leave the country within 48 hours in response to the comment made by Kordahi. That move came a day after a similar measure by Saudi Arabia, which also banned all Lebanese imports.

But the Bahraini people on Friday expressed their solidarity with the Lebanese minister, carrying banners that read “We are all George Kordahi.”

Saudi Arabia and some of its regional allies, backed by the US and other Western powers, have been waging a devastating war on Yemen since March 2015 to reinstall Yemen’s former president Abd Rabbuh Mansur Hadi, a staunch ally of Riyadh.

The Saudi war, which Riyadh had claimed would last only a few weeks, but is still ongoing, has failed to achieve its goals. It has pushed Yemen to the brink of famine, killed tens of thousands of innocent people, and destroyed the impoverished state’s infrastructure.

The United Nations has described the situation in Yemen as the world’s worst humanitarian crisis.

The Bahraini protesters also expressed their opposition to the normalization of ties with Israel.

Last September, Bahrain’s main opposition group, the al-Wefaq National Islamic Society, denounced Manama’s normalization of relations with Israel as “a crime,” emphasizing that the Al Khalifah regime’s policies did not conform to the will of the Bahraini nation.

Bahrain and the United Arab Emirates signed a normalization agreement with Israel in September 2020. Sudan and Morocco followed suit later in the year. All of those deals were brokered by the US. Palestinians condemned the deals as a treacherous “stab in the back.” Palestinians are seeking an independent state in the occupied West Bank and the Gaza Strip with East al-Quds as its capital. 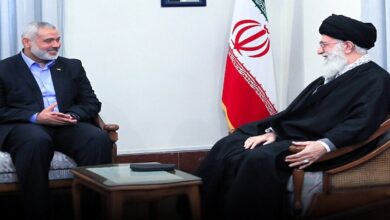 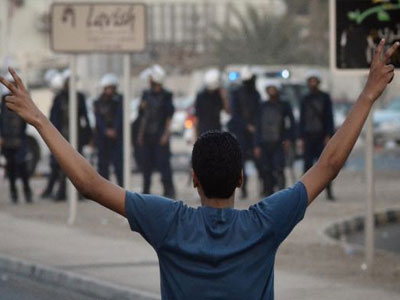 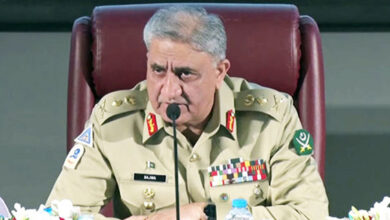 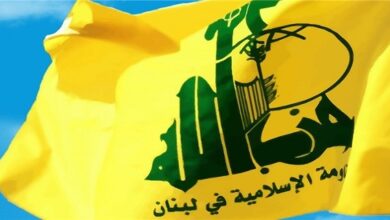