At least four civilians were killed on Wednesday in an air strike launched by Saudi-led coalition on Bayda province, central of Yemen, a security source said.

According to the official, the air strike targeted a water truck in Wahabyah district, leaving four people killed, confirmed the souce.

Four years and over 600,000 dead and injured Yemeni people and prevented the patients from travelling abroad for treatment and blocked the entry of medicine into the war-torn country, the war has yielded little to that effect. 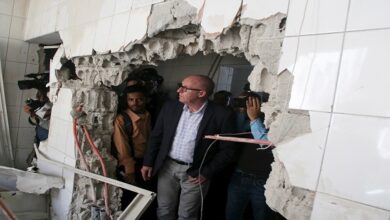 Over 520 medical facilities destroyed in Saudi-led attacks on Yemen