The leader of Yemen’s Houthi Ansarullah movement Syed Abdul Malik al Houthi has said that Yemeni women and children are being brutally massacred by US and Western-made munitions in the ongoing Saudi-led military aggression against the impoverished Arab country.

In his televised speech broadcast live from the Yemeni capital Sana’a on the occasion of birthday anniversary of Prophet Muhammad’s daughter Bibi Fatima Zahra (AS), which is observed in Islamic countries as Women’s Day, he noted that those who claim to be advocates of women’s rights are indeed posing the greatest threat to women through their policies.
He said that key goal of the enemies of Islam from the ongoing aggression against Yemen is to get full control over Yemen but the most important teaching of Islam emphasises protection against slavery and exploitation.
He said that the enemy has focused its primary attention on women as they hold an important position both in the family and the society. Islam brought independence to us, and freed us from the grips of reliance and dependence.”
“Yemeni women and children are being viciously killed by American and Western military hardware,” the Ansarullah leader pointed out.
He then described fomenting ethnic tensions as an evil act rooted in ignorance, condemning attempts to create religious discord as a heinous move by Takfiris and extremists.
“The United Arab Emirates is Saudi Arabia’s main partner in the ongoing aggression on Yemen. The Abu Dhabi regime is seeking to fan the flames of division in Yemen in order to bring the country’s southern provinces under its rule,” Houthi commented.
“The Saudi regime is the chief sponsor and supporter of terrorists who wish to target our nation. Saudis’ bids meant to sow the seeds of discord and division among Yemeni people are wicked,” he said.
The Ansarullah head also pointed to the latest round of UN-sponsored Yemen peace negotiations in Sweden, saying, “The deal struck there envisioned significant strategies and mechanisms. All those bids, however, reached a deadlock as the enemies did not honor any of their obligations and tried to abdicate them instead.”
Ansarullah delegates and representatives loyal to former Yemeni president Abd Rabbuh Mansur Hadi held face-to-face peace negotiations in Rimbo, north of the Swedish capital city of Stockholm, late last year. The talks resulted in the announcement of a break-through agreement.
The document includes three provisions: a ceasefire along the Hudaydah front and the redeployment of armed forces out of the city and its port; an agreement on prisoner exchange; and a statement of understanding on the southern Yemeni city of Ta’izz.
Elsewhere in his remarks, Houthi also stressed that Ansarullah fighters will not hesitate to respond befittingly to any escalation of military campaign in Yemen’s strategic western coastal province of Hudaydah.
According to a new report by the Armed Conflict Location and Event Data Project (ACLED), a nonprofit conflict-research organization, the Saudi-led war has so far claimed the lives of around 56,000 Yemenis.
The Saudi-led war has also taken a heavy toll on the country’s infrastructure, destroying hospitals, schools, and factories. The UN has already said that a record 22.2 million Yemenis are in dire need of food, including 8.4 million threatened by severe hunger. According to the world body, Yemen is suffering from the most severe famine in more than 100 years.
A number of Western countries, the US and Britain in particular, are also accused of being complicit in the ongoing aggression as they supply the Riyadh regime with advanced weapons and military equipment as well as logistical and intelligence assistance. 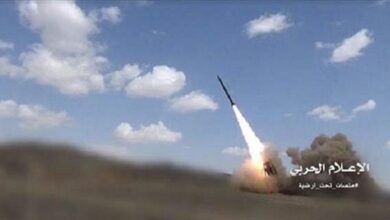