A top-brass military commander loyal to Yemen’s former president, Abd Rabbuh Mansur Hadi, has succumbed to wounds he sustained during a drone strike carried out by Yemeni forces against Saudi-paid militiamen at an air base in the country’s southwestern province of Lahij last month.

An informed source, requesting anonymity, said General Saleh Zindani, died of his wounds at a hospital in the United Arab Emirates on Sunday evening.
The slain pro-Hadi deputy chief of staff was among several senior Saudi-sponsored commanders who were injured on January 10, when Yemeni forces and Popular Committees fighters attacked Saudi Arabia’s mercenaries at Anad Air Base with the new domestically-developed Qasef K2 (Striker K2) combat drone.
Speaking during a press conference in the capital Sana’a on the same day, spokesman for Yemeni Armed Forces Brigadier General Yahya Saree said the unmanned aerial vehicle could strike its designated targets from 20 meters away.
On January 13, Chief of Yemen’s pro-Hadi military intelligence agency, Brigadier General Saleh Tamah, succumbed to injuries he had sustained in the same drone strike.
Saudi Arabia and a number of its regional allies launched a devastating military campaign against Yemen in March 2015, with the aim of bringing Hadi’s government back to power and crushing Ansarullah.
According to a new report by the Armed Conflict Location and Event Data Project (ACLED), a nonprofit conflict-research organization, the Saudi-led war has so far claimed the lives of around 56,000 Yemenis.
The Saudi-led war has also taken a heavy toll on the country’s infrastructure, destroying hospitals, schools, and factories. The UN has already said that a record 22.2 million Yemenis are in dire need of food, including 8.4 million threatened by severe hunger. According to the world body, Yemen is suffering from the most severe famine in more than 100 years.
A number of Western countries, the US and Britain in particular, are also accused of being complicit in the ongoing aggression as they supply the Riyadh regime with advanced weapons and military equipment as well as logistical and intelligence assistance. 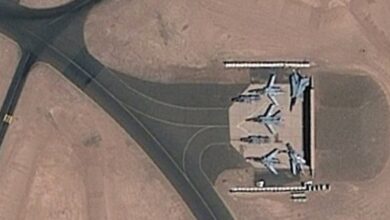 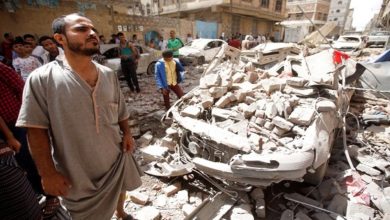 Saudi-led coalition has carried out fresh airstrikes in Yemen