Yemen has accused Saudi Arabia and its allies of repeatedly violating a ceasefire in the Red Sea port city of Hudaydah, reached in the Swedish capital Stockholm last month.

Yemen’s armed forces spokesman Brigadier General Yahya Sare’e said Monday that Saudi-led forces had violated the ceasefire 184 times over a period of 48 hours.
He accused Saudi mercenary forces of committing further crimes against the people of Yemen in clear violation of their obligations under the Stockholm agreement.
Sare’e told Saba news agency that the forces had carried out 119 artillery attacks, fired four missiles and conducted 44 operations against residential neighborhoods, farms and army sites.
Saudi warplanes, he said, had staged 36 airstrikes across Yemen, spanning the Sa’ada province in north to Hajjah province in the northwest.
The Yemeni military official said the United Nations should hold the Riyadh regime and its mercenaries fully responsible for their failure to abide by the ceasefire.
Earlier this month, UN special envoy for Yemen Martin Griffiths met Mohammed Ali al-Houthi who pledged that the Supreme Revolutionary Committee under his order will fully observe the ceasefire.
Yemen mounts retaliatory attacks
In response to the Saudi escalation, Sare’e confirmed that the Yemeni army and the popular committees had carried out separate operations against mercenary sites in different battlegrounds, killing and injuring dozens of them.
Griffith denies ceasefire broken
In an interview published by Asharq Al-Awsat on Monday, Griffith insisted that the ceasefire was still in place.
“Our assessment is that the ceasefire in Hudaydah is generally holding, despite any security incidents that have been taking place,” he told the Saudi-owned newspaper via email.
Saudi Arabia and the United Arab Emirates launched the Hudaydah offensive in June 2018 but have been facing strong resistance from Yemeni armed forces — led by the Houthis — as well as the city’s residents.
The city, a lifeline for millions of Yemenis, has seen some of the heaviest fighting in the Saudi-led war, which Riyadh began in March 2015.
The imposed war initially consisted of an aerial campaign but was later compounded by a naval blockade and the deployment of mercenaries to Yemen.
The efforts to destroy the Houthis and reinstate Yemen’s former president Abd Rabbuh Mansur Hadi have so far failed, forcing the kingdom to push for peace with the Yemeni resistance movement and its allies in the army. 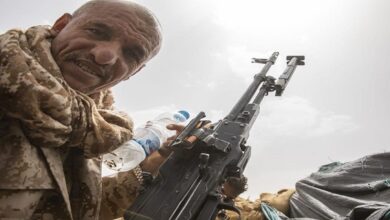 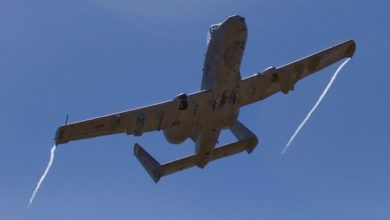