Tens of thousands of Yemeni people poured into streets in the capital on Saturday to participate in the funeral procession of Saleh al-Samad, the head of the Arabian Peninsula country’s Supreme Political Council, who was recently assassinated in a Saudi-led airstrike.

The Yemeni people from all walks of life have convened to take part in the funeral procession of Samad, which is underway in Sana’a, according to the Arabic-language al-Masirah TV Network.

The funeral procession came a few hours after a Saudi-led airstrike targeting a high-level meeting of Houthis in the capital killed two of the group’s leaders and dozens of their forces, Saudi state media reported early Saturday.

As the funeral is underway in the streets of the Yemeni capital, fighter jets of the Saudi-led coalition flied over the area in an attempt to intimidate the people participating in the massive event.

Yemen’s Supreme Political Council announced on Monday that Samad lost his life after the Saudi jets hit his residence in the Red Sea port city of Hudaydah on Thursday.

The council conveyed its sincere condolences to the Yemeni nation for the loss of Samad, an influential figure in Yemen’s resistance against a more-than-three-year-old war imposed by Riyadh on the impoverished country.

Meanwhile, leader of Yemen’s Houthi Ansarullah movement Abdul-Malik Badreddin al-Houthi, in a live speech, said all aggressor countries, including the US and Saudi Arabia, were responsible for the killing of Samad, and they must await the consequences of their crime.

He also stressed that such crimes against the Yemeni nation would not break the will of his people in defending their country against the so-called military coalition.

Yemen’s defenseless people have been under massive attacks by the coalition for over three years but Riyadh has reached none of its objectives in Yemen so far.

Over 14,000 Yemenis, including thousands of women and children, have lost their lives in the deadly military campaign. 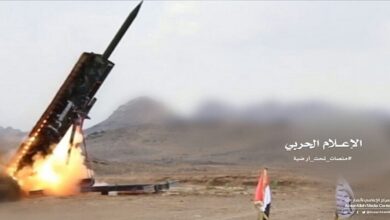 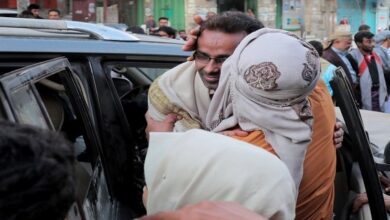 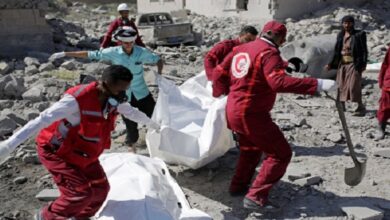