The Yemeni Ministry of Human Rights says the ongoing Saudi-led military campaign against the impoverished and conflict-plagued Arab country has killed and injured over 600,000 civilians, including more than a quarter of a million children.

The ministry, in a statement released on Sunday, announced that aerial assaults being conducted by the Saudi-led coalition since March 2015 have claimed the lives of more than 38,500 people.

A total of 2,949 children and women in addition to 8,979 men have either sustained injuries or been maimed as a direct result of the airstrikes as well.

The statement further noted that the Saudi military aggression has also indirectly caused the death of 296,834 people.

More than 247,000 children have lost their lives due to severe malnutrition, and 17,608 civilians have died because of inability to travel abroad to seek medical treatment.

The ministry went on to say that 1,200 people died of kidney failure, another 2,236 of cholera. A total 450 pregnant women also suffered miscarriages.

The Yemeni Ministry of Human Rights explained that the Saudi-led war has also destroyed 271 factories, killed dozens of fishermen, and targeted 93 fish landing centers, destroyed 4,586 fishing boats, and deprived more than 50 thousand fishermen from fishing in the Red Sea in addition to the Arabian Sea.

Moreover, 19 radio and television stations were destroyed, and 28 broadcasting masts were brought down.

The statement highlighted that the Saudi-led military campaign against Yemen has left 2,641 educational centers in ruins, leaving 2.5 million students unable to attend schools and universities.

In the agricultural sector, Saudi-led airstrikes have destroyed 660 food storages and 200 food factories.

The Yemeni ministry concluded that the Saudi-led aggression has destroyed 600 mosques and tourist facilities, and damaged 393 archaeological sites.

A high-ranking UN aid official recently warned against the “catastrophic” living conditions in Yemen, stating that there is a growing risk of famine and cholera there.

“After three years of conflict, conditions in Yemen are catastrophic,” John Ging, the UN director of aid operations, told the UN Security Council on February 27.

Ging said cholera had infected 1.1 million people in Yemen since last April, and a new outbreak of diphtheria has occurred in the war-ravaged Arab country since 1982. 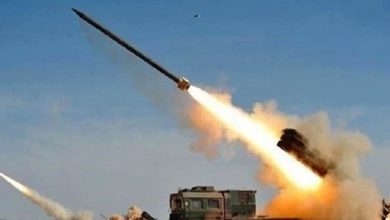 US, Saudi war crimes, Every day 3 civilians kills in Yemen