Yemeni army soldiers, backed by fighters from allied Popular Committees, have reportedly killed several Saudi troopers in the kingdom’s southwestern border region of Jizan over the past 24 hours, in retaliation for the Riyadh regime’s military campaign against the crisis-hit country.

This came a day after at least five Saudi soldiers were killed by Yemeni snipers in the same troubled region.

Yemeni forces and their allies also fired a volley of rockets at military bases belonging to Saudi mercenaries.

Separately, a number of militants loyal to former Yemeni president Abd Rabbuh Mansur Hadi were killed during a series of fierce clashes with Yemen’s popular Houthi Ansarullah movement across the war-battered country’s provinces of Jawf, Ta’izz and Dali’.

Saudi Arabia has been incessantly pounding Yemen since March 2015 in an attempt to crush the popular Houthi Ansarullah movement and reinstate Hadi, who is a staunch ally of the Riyadh regime.

A new study by the Stockholm International Peace Research Institute (SIPRI) shows weapons imports to the Middle East and Asia have soared over the past five years, with Saudi Arabia leading the steep rise amid its bloody war on Yemen. More than 13,600 people have been killed since the onset of Saudi Arabia’s military campaign against Yemen. Much of the Arabian Peninsula country’s infrastructure, including hospitals, schools and factories, has been reduced to rubble due to the war.

The United Nations says a record 22.2 million people are in need of food aid, including 8.4 million threatened by severe hunger. 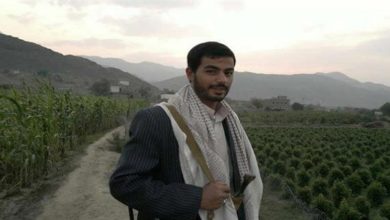