The Yemeni army and Ansarullah forces attacked the positions of the Saudi-affiliated militants in the two provinces of Ta’iz and Sana’a with missile and artillery fire.

Al-Masirah news website quoted a local military source as saying that a Zelzal 2 missile was fired at the Saudi mercenaries’ base near al-Sultan hill in al-Hemeli region in Ta’iz.

According to the source, the army and Ansarullah’s artillery units attacked the Saudi-led militants’ gathering center in Wadi Namleh of Harib Naham region North-East of Sana’a.

The ‘Qaher M2’ ballistic missile was fired at King Khalid airbase in Southwestern Saudi Arabia on Saturday night and hit the target, a Yemeni source was quoted as saying by Saba’a news agency.

Meantime, the Saudi military officials claimed that the missile has been intercepted and destroyed by the country’s defense shield.

Saudi Arabia has been striking Yemen since March 2015 to restore power to fugitive president Mansour Hadi, a close ally of Riyadh. The Saudi-led aggression has so far killed at least 15,000 Yemenis, including hundreds of women and children.

According to several reports, the Saudi-led air campaign against Yemen has drove the impoverished country towards humanitarian disaster, as Saudi Arabia’s deadly campaign prevented the patients from travelling abroad for treatment and blocked the entry of medicine into the war-torn country.

The cholera outbreak in Yemen which began in April, has also claimed 2,000 lives and has infected 700,000, as the nation has been suffering from what the World Health Organization (WHO) describes as the “largest epidemic in the world” amid a non-stop bombing campaign led by Saudi Arabia. Also Riyadh’s deadly campaign prevented the patients from traveling abroad for treatment and blocked the entry of medicine into the war-torn country.

According to reports, the cholera epidemic in Yemen, which is the subject of a Saudi Arabian war and total embargo, is the largest recorded in modern history. 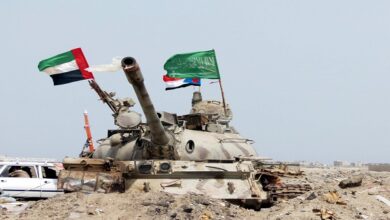 UAE Diplomat Claims His Country Has Withdrawn From Yemen