ShiieteNews:Yemen’s Health Ministry says Saudi Arabia’s 2015-present aerial embargo against the impoverished country has led to the deaths of around 10,000 patients, who were prevented from travelling abroad for treatment.

Yemeni media quoted the ministry’s spokesman Abdul-Hakim al-Kuhlani as saying on Tuesday that the deaths were the result of the Saudi regime’s “continued aggression, siege and continued hostile restrictions on Sana’a International Airport.”

He said some 75,000 patients are estimated to be in need of seeking treatment abroad each year, slamming Riyadh and its allies for targeting Yemeni civilians and, at the same time, preventing those injured from leaving the country to receive treatment.

The Saudi-led coalition also blocks the entry of medicine into the country, now hit by a cholera spread, which has killed hundreds of people, said the official.

Abu-Zaid al-Kindi, the director of the hospital’s cardiac operation center, meanwhile, said “the children with congenital malformations are dying because of the blockade on Yemen and their incapability to travel abroad.”

The capital’s International Airport also announced that the Saudi embargo has left 100,000 Yemenis stranded abroad, while blocking the exit of 300,000 others, including patients.

Saudi Arabia and its allies placed the embargo in March 2015, the same Riyadh and a number of its allies launched a bloody military campaign against Yemen in support of its former government.

The Saudi attacks have so far left over 12,000 civilians dead, according to the latest tallies by a Yemeni monitoring group. 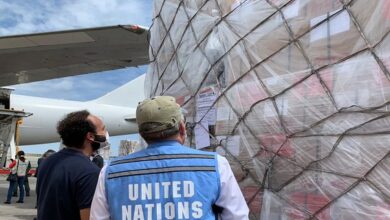 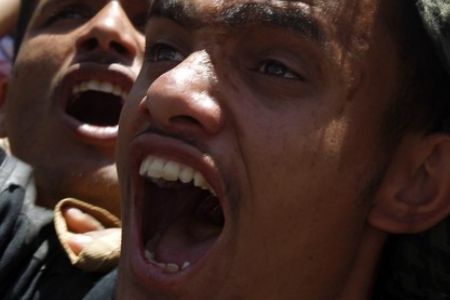