According to an international charity Save the Children, deadly cholera outbreak in Yemen should be put under control as soon as possible, otherwise it could bring “thousands” of deaths.

Deadly cholera outbreak in Yemen should be put under control as soon as possible, otherwise it could bring “thousands” of deaths, international charity Save the Children said in a press release on Monday, Sputnik reported.

“Yemen is seeing an average of more than 1,000 suspected cases of cholera a day, with nearly two out of three suspected of being children under 15 years…. At least 242 people have already died from the spread of cholera and acute watery diarrhoea (AWD) in the first three weeks of this outbreak. That’s 20 times more than the same period during the first wave in October 2016… If the cholera crisis isn’t brought under control by the start of the next rainy season in July, we could see deaths in the thousands rather than hundred,” the press release read.

Save the Children Yemen Acting Country Director Muhsin Siddiquey said that only 20 percent of the funds needed to deal with the outbreak has been pledged so far.

Earlier in the day, Rajat Madhok, the chief of communications & advocacy at UNICEF Yemen, said that nearly 3,000 out of 30,000 cases of suspected cholera in the country were children under the age of five years.

The cholera outbreak in Yemen was announced by the country’s health authorities on October 6, 2016. The World Health Organization (WHO) estimates that 7.6 million Yemenis live in areas with a high risk of cholera transmission.

The UN Office for Coordination of Humanitarian Affairs (OCHA) characterizes the situation in Yemen as “the largest humanitarian crisis in the world,” with 18.8 million people in need of humanitarian assistance, including 10.3 million who require immediate aid to save or sustain their lives. 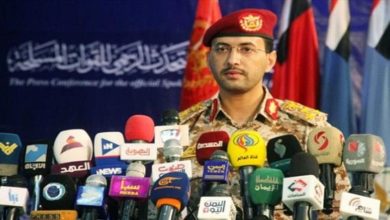