Dozens of members of Yemen’s Houthi Ansarullah movement have taken to the streets in the Yemeni capital city of Sana’a to express outrage over Saudi Arabia’s aerial bombardment campaign against the impoverished Arab country.

On Thursday, Ansarullah fighters, carrying Yemeni flags and banners in condemnation of the Saudi aggression, vowed to remain steadfast in the face of Riyadh’s atrocious military offensive.

Bakil al-Qatwani, an Ansarullah fighter, described the rally in protest at the 16-month-old Saudi offensive as a show of support for the combatants fighting against Saudi Arabia and Riyadh-sponsored militiamen loyal to Yemen’s resigned president, Abd Rabbuh Mansur Hadi, at various battle fronts across Yemen.

Yemeni sources, speaking on condition of anonymity, reported early on Friday that the Saudi military aircraft had carried out nearly 20 airstrikes against various neighborhoods of Sana’a and elsewhere in Yemen.

The sources said the warplanes launched three aerial attacks against al-Nahdain neighborhood in central Sana’a and two airstrikes at the Sabaha military base on the outskirts of the capital.

The Saudi fighter jets struck Shara’ district and the camp of the 62nd Infantry Brigade on seven occasions.

Separately, two airstrikes were launched against a bridge in Bani Sa’d district of the western Yemeni province of Mahwit, severing the link between the port city of al- Hudaydah and the capital.

Saudi warplanes also carried out three airstrikes against a mountainous area outside Sanhan village, a southeastern suburb of Sana’a. There were no immediate reports of casualties and the extent of the damage inflicted.

International concerns are rising over the upsurge in the conflict in Yemen after the UN-brokered peace talks in Kuwait between representatives of the former government and the Houthi Ansarullah movement failed to make a breakthrough and were suspended on August 6.

Yemen has been under Saudi military strikes since late March 2015. The war was launched in a bid to undermine the Ansarullah movement and to reinstate Hadi, who has stepped down as Yemen’s president but is now seeking to grab power by force. 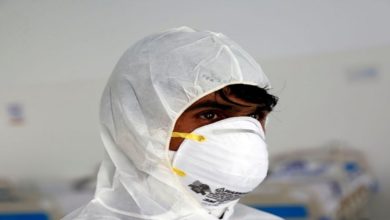