A senior member of the popular Ansarullah movement warned of immediate attacks on Saudi territories if the latter refrains from putting an immediate halt to its aggression against Yemen.

“As the Ansarullah movement has promised collapse of some Arab regimes supporting the terrorists, if Saudi Arabia continues its aggressions against the oppressed Yemeni people the Ansarullah fighters will pave the way for the Saudi regime’s destruction by conducting martyrdom-seeking (suicidal) operations inside Saudi Arabia in the coming hours,” member of Ansarullah Executive Committee Abdel Mon’em Al-Qurashi told FNA on Saturday.

He reiterated that Israel and Al Saud are on the same front and Saudi Arabia is taking orders from Washington and Tel Aviv.

“The main cause of the Saudi aggression is the failure of Riyadh’s policies in support of fugitive Yemeni President Mansour Hadi and Takfiri groups and its disappointment at them,” Al-Qurashi added.

He reiterated that the Yemeni army and people will give a crushing response to the Saudi aggressors.

On Friday, Ansarullah Spokesman Zeifollah al-Shami said Yemeni tribes, army and popular forces are united to give a crushing response to the recent Saudi aggression, adding that Tel Aviv and Washington have ordered Riyadh to attack Yemen.

“We know that the Saudi aggression and airstrikes have taken place at the order of Israel and the US,” al-Shami told .
He noted that the Yemeni people have put aside their differences to fight against the aggressors.

“God willingly, the crushing response to the aggressions of the Saudi enemy will come coming days,” al-Shami added.

But despite Riyadh’s claims, Saudi warplanes have flattened a number of homes near Sana’a international airport.

At least 25 Yemeni civilians, including children, were killed and tens of other wounded in the Saudi air strike.

Yemen’s al-Massira TV reported that the Saudi air force targeted civilians who were shopping in a market.

The Saudi aggression has received growing international condemnation as it is pushing the region and the world into an unprecedented fast-growing war as its ISIL mercenaries are on the brink of complete annihilation in Iraq and Syria. 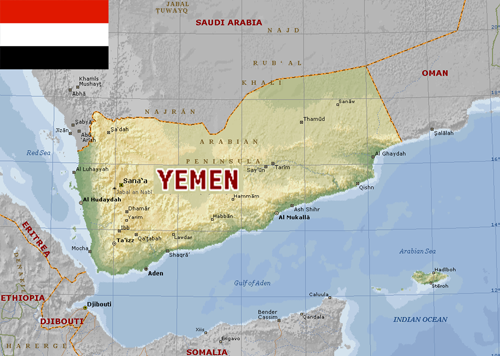