Yemeni armed forces say they have successfully prevented a foreign oil tanker from stealing the country’s direly-needed oil by forcing the vessel away from a southern port.

“The Yemeni armed forces succeeded in forcing an oil ship, which tried to reach the port of al-Dhaba in the south of the country, to leave,” the forces’ spokesman, Brigadier General Yahya Saree, tweeted on Monday.

Yemeni army, he noted, sprung into action after “the ship, which was on a mission to steal enormous amounts of oil, refused to heed the armed forces’ warnings.”

“The Yemeni armed forces continue to defend the sovereign national treasure so that its income can be used to benefit Yemenis and pay the salary of every employee in all regions of Yemen,” Saree concluded.

This is not the first time that the Yemeni military has succeeded to intervene and stop foreign vessels from trying to make off with the country’s oil supplies.

Saree reported the most recent of such incidents less than two weeks ago, when the country’s army troops and allied fighters managed to stop a foreign oil tanker in the waters off the energy-rich southern Shabwah Province as it was trying to smuggle hundreds of thousands of barrels of fuel out of the impoverished Arab nation.

At that time, Saree said in a statement that the country’s forces sent out several warning messages to the tanker ship, which had anchored in the port of Qena located in the Rudum district of the province, and did not allow the vessel to loot the Yemeni nation’s natural resources.

And an earlier case that came last month, saw the Yemeni military conducting a warning strike against a Saudi oil tanker that was likewise attempting to steal crude supplies from another southern oil terminal.

The “basic warning strike” was carried out in efforts to prevent the continuation of looting Yemen’s oil wealth, which must rather be used towards paying Yemeni people’s salaries, the official added.

“We are able to launch more warning operations to defend Yemeni people,” Saree said, adding, “We renew [our] warning to all companies to fully comply with the decisions of the authorities in [the Yemeni capital] Sana’a” and avoid contributing to the oil theft.

In late October, Yemen’s National Salvation Government issued a warning after targeting a cargo ship off an oil terminal in the war-wrecked country’s south to prevent Saudi-backed forces from using it for oil exports.

In a statement, Yemen’s Foreign Ministry also denounced the UN Security Council’s reaction to the “warning strike” at the al-Dubba terminal, where a Greek oil tanker was docked to load oil. The UN council had denounced the strike as a serious threat to the peace process and stability of Yemen.

The ministry stressed that Yemen will spare no effort to defend national sovereignty, and safeguard public interests and wealth against any act of looting or abuse.

The objective was to reinstall the Riyadh-friendly regime of Abd Rabbuh Mansour Hadi and crush the Ansarullah resistance movement, which has been running state affairs in the absence of a functional government in Yemen.

Over 3,000 non-military sites struck in Saudi strikes against Yemen: Report 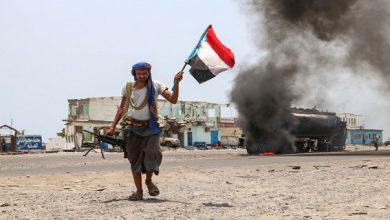