12 Yemeni people were injured on Sunday in Al Hudaydah province due to a landmine explosion left behind by the Saudi-led aggression.

In a statement, the Executive Center for Mine Action confirmed that 12 people including 9 children were injured in the al-Tuhaita district in the mine blast left by the aggression.

The center indicated that the ambulance process is still continuing, pointing out that this crime coincides with International Children’s Day, Yemen News Agency (SABA) reported.

Earlier on Sunday, the artillery attack of the Saudi army in the west of Yemen left one dead and 4 wounded.

Saudi Arabia, in the form of a coalition of several Arab countries, including the United Arab Emirates (UAE), and with the help and green light of the United States and the support of the Zionist regime, started large-scale attacks against Yemen on March 25, 2015. 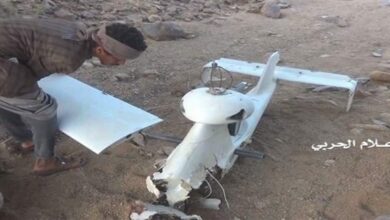