The eight-year anniversary of the September 21st Yemeni Revolution was marked in the capital Sana’a with a massive parade.

In previous years, people used to flock the streets to celebrate the day all across the country. This year, Yemen’s armed forces were the ones to march the streets. A broad range of advanced equipment such as missiles, unmanned aerial vehicles and air defense systems were also put on display.

Many in Yemen believe that the country’s military development today is only a result of the revolution.

A spokesman for the Yemeni military said that this year’s parade is a warning to the Saudi-led coalition to end the war and stop its aggression.

A UN-backed ceasefire was signed back in April to end hostilities and pave the way for peaceful dialogue. Despite this, the Saudi government continues to impose an economic blockade on its impoverished neighbor. The kingdom’s actions are also jeopardizing efforts for peace.

The ceasefire agreement is set to expire on October 2, and if not extended, could lead to the resumption of war. The Ansarullah leader has already said that the Yemeni army and allied fighters are prepared for any scenario 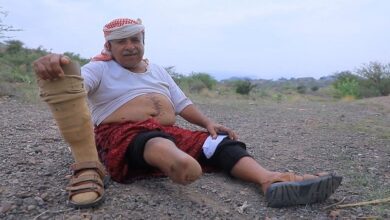